A few weeks ago, rumors about Nokia actively developing an Android smartphone hit the Internet, followed later on by leaked images of the product. Now a new photo of the alleged device has found its way to the web. 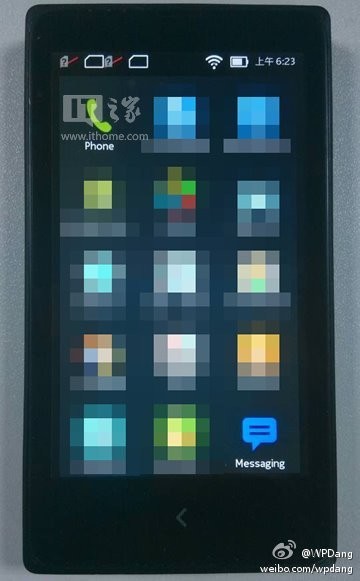 The newly leaked photo of the smartphone, which reportedly has the code name "Normandy", was posted this week by Chinese website WPDang. Much of the phone's display has been blurred and there's no Nokia logo, but the new image seems to match up pretty well compared to the other leaked photos.

Some people think that Nokia won't be allowed to release "Normandy" by Microsoft, due to their impending purchase of the Finland company's Devices and Services division. However, known Internet gadget news leaker "@evleaks", who has posted some earlier images of "Normandy", seems to claim in a recent Twitter message that the phone may not be a dead end after all.

The reports of Normandy's death have been greatly exaggerated.

Microsoft is expected to complete the purchase of Nokia's smartphone business by the end of the first quarter of 2014.