Oh Apple, you are really good at creating hype and even building products. We love competition in the field and because of it, you force the marketplace to be innovative and push boundaries but at the same time, you love making yourself look like the champion in all things but sometimes, the truth hurts.

Lets first take a look at Apple's classic (because they do it all the time) user adoption rate; they proudly proclaimed that consumers are adopting OS X Lion far faster than that of Windows 7. It's cute, but when your marketshare pales in comparison, it is an easy statistic to slant to provide a screwed view of what is really happening.

If you take a look at the chart below, you can see the sales of the two platforms over a 9 month period. Now, we did do some interpolation as each month of sales data was not provided but Apple did supply months 1, 3 and 9 and Microsoft provided months 5, 7, 8 and 9; these are the months since release date and do not align to the calendar year. 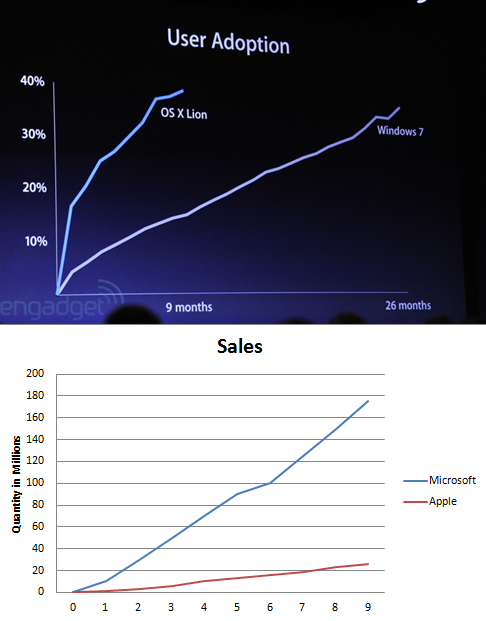 Over the same time scale, Microsoft, as it should be no surprise, dominates Apple in sales. Now the point Apple is making is that their consumers adopt a new OS faster, and good for them, as Apple has failed to crack the corporate environment. It's easy for Apple to win this statistic as they have far fewer users in the field and when each one updates, it makes a bigger dent than if one Microsoft consumer upgrades. 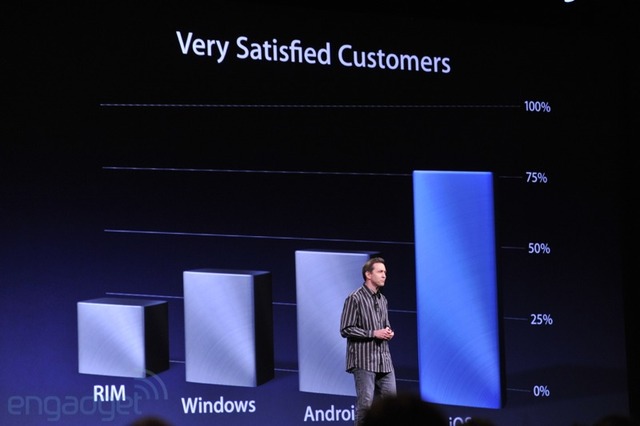 If you look at the chart above, it is another Apple specialty as it says "Very Satisfied Customers". Now their source is obvious (sarcasm) but they put Apple way at the top and all the others down in the Mariana trench. First off, sample size, how many are they polling, what's the bigger picture here? Well if we search the web, we get a much clearer picture about satisfaction rate for the mobile OS segment. 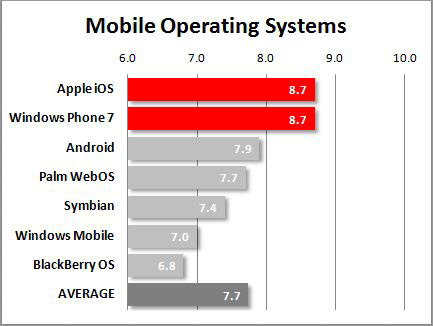 PCmag and Splatf.com ran a poll, which you can see above, and it paints a drastically different picture and one could argue that they are independent of any corporate influence. As you can see, Apple is still well near the top, but so is Windows Phone; this is far different that what Apple was painting at its conference today. 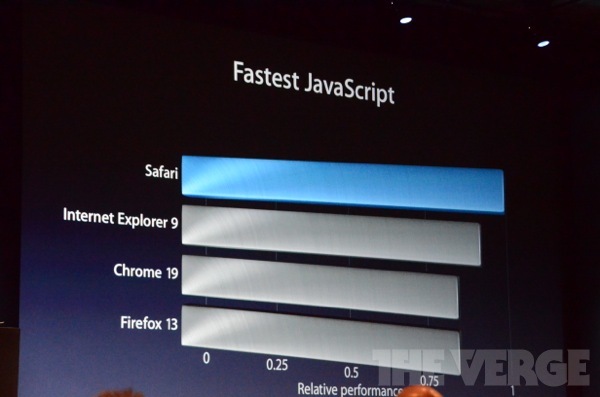 Here is another great statistic that skews the view. What you see above is Apple saying their browser (which is in beta) is the fastest on the market. While we do not doubt that, why are they comparing their beta product to older production platforms? Why not compare it to IE10 as that product is in beta too, as that would only seem fair.

The point is that Apple is great at making pretty charts and lying with statistics. We know that they are selling millions of products, have a very loyal fanbase and yet, they still feel that they need to prop themselves up even more even though it is not necessary.