Earlier this month, Apple teased its upcoming workstation-class desktop computer, the iMac Pro, offering up to an 18-core Xeon processor, up to 128GB ECC memory, AMD's latest Vega GPU and up to 4TB of SSD storage. 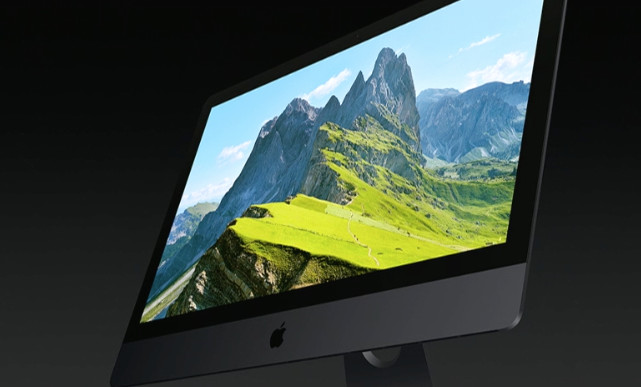 Pike's Universum has claimed to have additional info regarding the specifications of the upcoming iMac Pro. Apple's new computer will reportedly be powered by Intel's next-generation server-grade Skylake-EX and Skylake-EP Xeon processors, codenamed "Purley".

The blog cites this information from the firmware files contained in the macOS High Sierra Developer Beta. The site also claims that the iMac Pro will use Intel's new server-class LGA3647 socket, instead of the LGA2066 socket, which is Intel's high-end desktop socket. This means that iMac Pro will be a true server-class computer if the information is proved to be correct.

Another interesting bit of information revealed in the report is that the iMac Pro could also power an ARM coprocessor in the form of a Secure Enclave. This is similar to the Touch Bar of the MacBook Pro. The blog suggests that the iMac Pro may support a Magic Keyboard with Touch Bar and Touch ID.

It remains to be seen if the upcoming iMac Pro will actually have these specifications or not. With official release being so far off, it's possible that there may be ambiguity in these specs. The iMac Pro will be released in December, starting at $4,999.