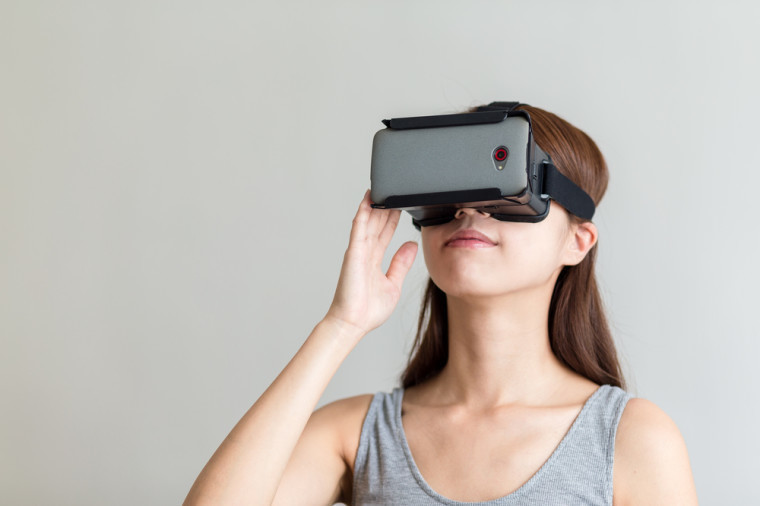 You might not have heard of ARM, but the British company is responsible for designing the architecture and chips that go into most of your smart devices. Samsung, Qualcomm, and even Apple license ARM designs and then integrate them into their own silicon. So as you can imagine, it’s a pretty big deal when ARM announces new processors and GPUs like it did today.

The company unveiled a new processor and a graphics processing unit that it believes will power most of the smartphones and tablets released in 2017. The new chips, optimized for the 10nm FinFET process, are designed to offer sustained performance and efficient power usage, with ARM focusing on VR experiences.

Up until now, VR on mobile devices has been quite limited, mainly due to the powerful processors and GPUs needed to render the virtual environment. And most of today’s chips are only designed for occasional performance boosts, not sustained processes. But the new Mali -G71 GPU and the Cortex -A73 CPU that were unveiled today will handle VR workloads much more efficiently; not to mention that they’ll also offer a boost in quality compared to previous chips. 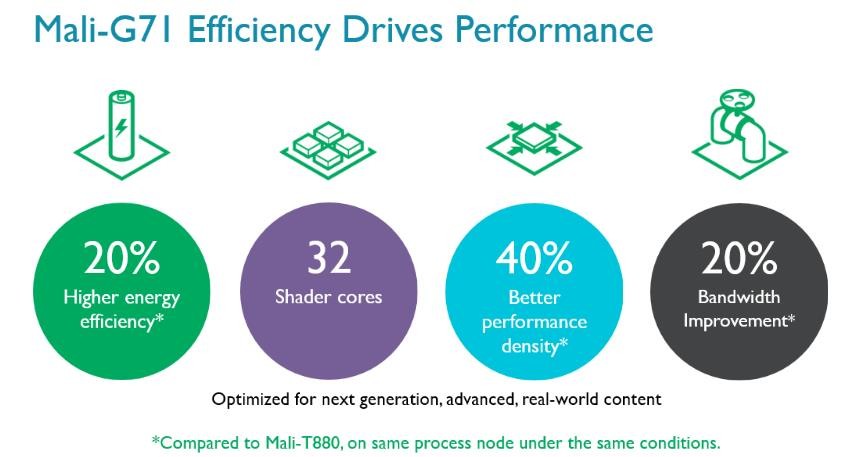 The Mali-G71 is an evolution of ARM’s graphics products, offering up to 50 percent increased graphics performance, a 20 percent increase in power efficiency for an overall 40 percent more performance per millimeter squared. Those numbers are indeed impressive, with the Mali G-71 scaling to up to 32 shader cores.

The new GPU is bases on the company’s third-generation architecture named Bifrost being optimized for Vulkan and other APIs. ARM claims that the new GPU outperforms most of today’s discrete processing units found on mid-range laptops.

The Cortex-A73 CPU is a new 10nm FinFET version of the company’s previous Cortex-A72, designed to be used as the “big” chip in a big.LITTLE configuration. In other words, this is the chip that a mobile device would rely on for performance boosts or high-impact processing, such as in a VR or gaming scenario. To that end the new Cortex-A73 offers a 30% improvement in sustained performance, compared to its older iteration.

ARM says ten companies have already licensed its new GPU and CPU, including Samsung and MediaTek. As mentioned above, the company believes its new silicon designs will be heavily featured in next year’s flagship devices, especially in those designed with VR in mind, so we’ll be keeping a watchful eye on the mobile industry’s plans until then.