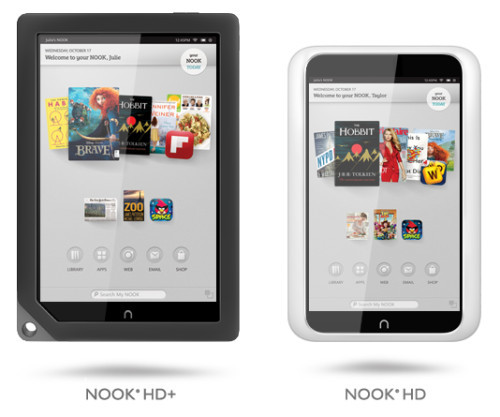 Barnes and Noble's Nook tablet subsidiary, which has a large investment from Microsoft, has seen better days. The company stated that sales of the Android-based tablets were below expectations for the holiday 2012 shopping period. Today, the bookseller announced large, but temporary, price reductions for its Nook HD and Nook HD+ models.

Both of these tablets run a version of Google's Android OS but until a few days ago the Nook products had their own app download service. On Friday, that also changed as the tablets can now download any Android app available from the Google Play store, along with its selection of music, TV shows and movies. The tablets can also now run Google's own apps like the Chrome web browser, Gmail, YouTube and Google Maps.