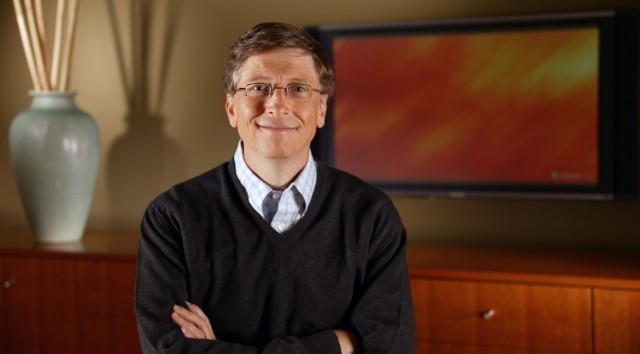 Bill Gates said the Boy Scouts of America should reverse its ban on gay members and leaders.

Bill Gates has never been one to shy away from important societal issues, and that was evident at a recent event when he responded to a question on whether the Boy Scouts should reverse its ban on gay members in a rather blunt fashion.

At Politico's Playbook Cocktails interview series on Wednesday, Gates was asked if he thought the organization should "rescind its ban on gay members and leaders." He responded with one word: "Absolutely." When asked why he thought that, Gates gave another simple answer, saying, "Because it's 2013." The response was met with laughter and applause from the audience.

While the line of questioning may seem random, it originated because Gates himself was a member of the organization for several years in his youth. Gates recalled multiple memories as a Scout, saying he learned how to tie knots, weave baskets and hike long trails.

Microsoft and many leading technology companies such as Apple and Google are widely regarded for their progressive stances on issues such as gay rights. The company has also long been a supporter of Democratic politicians, as its employees primarily donated their money to Democrats, and Microsoft itself was the second-leading corporate contributor to the Democratic National Committee last year.