The people of Scotland voted yesterday in a referendum on whether the country should secede from the United Kingdom, to stand as an independent nation in its own right. Polling data in the weeks leading up to the referendum indicated that it was simply too close to call, with a near 50-50 split as the day of the vote approached. 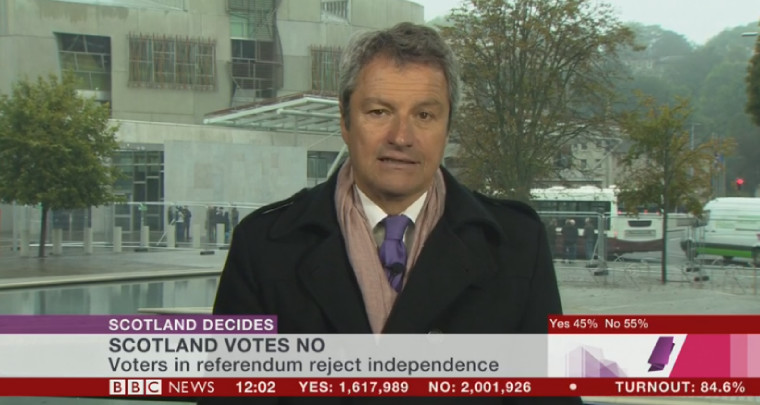 The votes were counted last night, and the results were announced this morning: 55% of Scots voted 'no', choosing to remain in the Union - hardly an overwhelming majority, but still a decisive win over the 'yes' camp's 45% share of the vote.

But the other winner in this referendum was Microsoft, which predicted yesterday that the outcome of the vote would indeed be a 'no'. 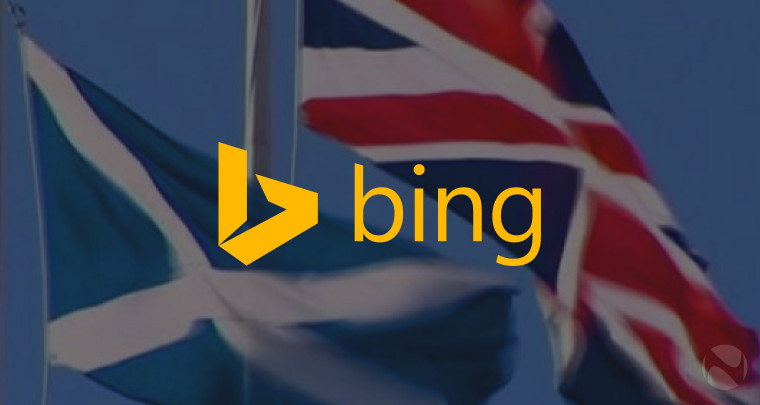 Having successfully predicted many winners during the FIFA World Cup this year, and now being applied to NFL games in the US, the company's Bing prediction engine was put to this interesting new use in the last few weeks of the referendum campaign. Microsoft said that it used its "machine-learning models to analyse and detect patterns from a range of (big) data sources such as the web and social activity" to make its prediction.

Bing wasn't exactly spot on with how it allocated the share of the vote in its final prediction though. It forecast that the result would be much closer, with 51.3% voting 'no' and 48.7% for 'yes'.

But while some polling sources lurched from predicting a 'no' win to a 'yes' win and back again - with some also predicting in recent months that the final result would be as high as 80% in favour of rejecting independence - Bing's predictions have been far more consistent. Microsoft says that since it began closely analyzing this data, the Bing prediction "has always remained 'no' in a tight race (between 51-58%)" - much closer to the actual result than many polls were able to predict until the end of voting day. 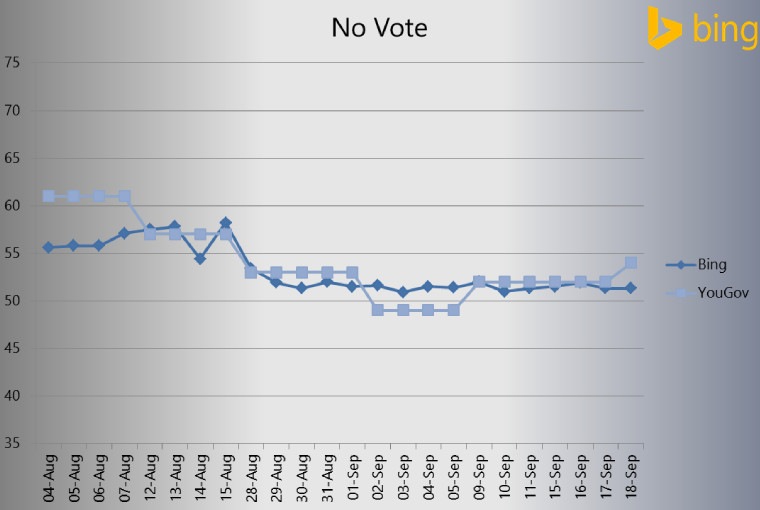 As news channel presenters, correspondents and pundits repeatedly pointed out during overnight coverage of the results as they came in, the referendum was an 'extraordinary' event, with no precedence or benchmarks with which to compare the data as it was gathered. This created an extraordinary challenge even for the most experienced polling specialists who, in most elections, rely heavily on historical data from previous votes in order to be able to analyse trends and patterns.

Microsoft is not the only company to be analysing big data in this way, of course. But its success in predicting the winner of a nationwide political vote is an interesting indicator of how gathering and analysing data is changing in our increasingly connected world.