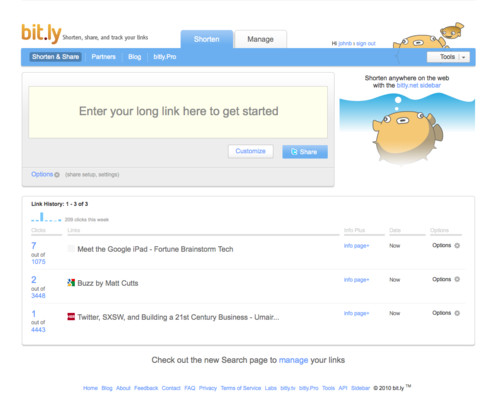 Bitly may be the most recent website to fall victim to a malicious attack.

According to the Bitly blog, in a post titled "Urgent Security Update Regarding Your Bitly Account," account credentials from the popular link-shortening site have been compromised. Although there is no indication that any accounts have been accessed by the suspected party, Bitly says they have taken "proactive steps to ensure the security of all accounts, including disconnecting all users’ Facebook and Twitter accounts."

In a statement from CEO Mark Josephson, the company notes that they are taking proactive measures in response to the compromise.

We take your security and trust in us seriously. The team has been working hard to ensure all accounts are secure. We apologize for any inconvenience and we will continue to update our Twitter feed, @Bitly, as we have any further updates.

To ensure total security, Bitly recommends that all users make multiple changes, including resetting their passwords, changing their OAuth token and API key, and reconnecting any social media accounts that may have been affected.

Update: It was previously reported that passwords were among the credentials compromised in the incident. This has been confirmed as false, and a revision has been added.