Earlier this month, BlackBerry wrote an open letter to its customers in which it told them that they could continue to count on the company, despite its well-documented struggles in recent weeks, months and years. But BlackBerry is not out of the woods yet, whatever its brave face may lead you to believe.

In September, the company announced that it had accepted a $4.7bn deal with Fairfax Financial Holdings, but it has not yet been finalised. Some have suggested that Fairfax may be struggling to raise capital from other investors. 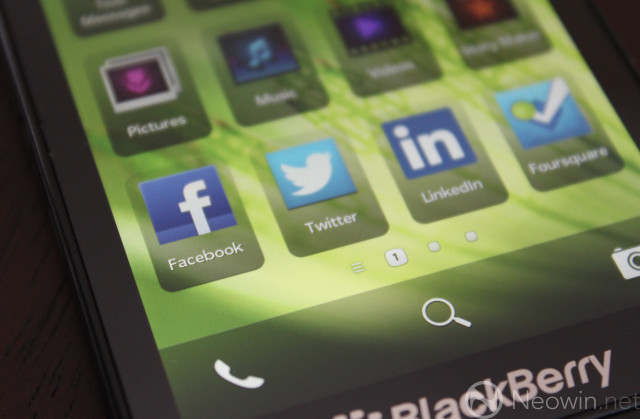 It seems that BlackBerry isn't keen to sit around waiting for the possible failure of that deal. The Wall Street Journal reports that BlackBerry executives met last week with representatives from Facebook, to discuss a possible bid to acquire the Canadian company.

Such a move would represent a curious fit between the two companies. BlackBerry's strengths have traditionally been in business and enterprise services, whereas Facebook has shown little interest in that area, focusing instead on consumers and advertising revenues. Facebook has often been rumoured to be considering a move into creating its own smartphone hardware, but BlackBerry's latest generation of devices have been poorly received, with sales far below expectations.

Despite discussions between the two companies, it remains unclear whether or not Facebook actually plans to place a bid for BlackBerry, but the deadline if it wishes to do so is next Monday, November 4. Two of BlackBerry's co-founders, including its former co-CEO Mike Lazaridis, have also expressed an interest in purchasing the company.