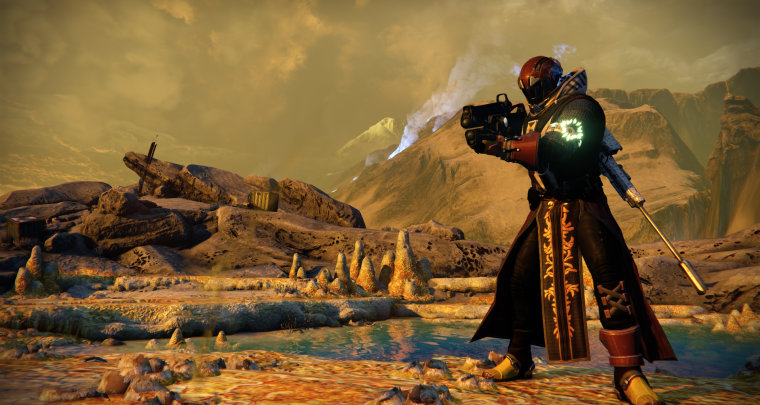 Embargoes on product reviews are not unheard of;  a company may opt to keep the press from publishing a review until it officially goes on sale to the general public.  One reason for this is to let buyers make a purchasing decision without being swayed by public opinion, a factor that has become at least somewhat important when trying to create buzz about a new game.  Bungie, former Halo creators, is set to debut the studios work with the launch of “Destiny”.  The game is one of the most anticipated titles of 2014 and is taking a non-linear approach to the FPS genre by incorporating a lot of cooperative and competitive content that is meant to be enjoyed in more of an MMO way than your typical Halo.

If you’re wanting to get an early glimpse at the game through multiple online news publications, you’re going to be out of luck for the time being since Bungie has an embargo in place for reviews until after the game has launched.  The reason, according to Bungie community manager David Dague:

“We don’t believe Destiny is a typical shooter. You could experience the storyline, jump into a few rounds of competitive multiplayer, and form a Fireteam of friends and take on all the Strikes and you would just be getting started. Those activities are critical components of Destiny, but they are also a foundation for so much more”.

If you experienced the online beta for Destiny back in July you might be inclined to agree.  In fact, if you’ve ever played an MMORPG title , such as World of Warcraft or Guild Wars, you might be accustomed to picking up a game and not hearing much about it until well after the game has launched.  As Dague pointed out in the last weeks Bungie Weekly Update, there’s a lot to be experienced in Destiny.  Playing the game for a a day or two prior to launch day won’t turn out a balanced assessment of the game because Destiny is designed to be played online with a large community, something that is absent from the game prior to its retail launch.

So, if you were looking forward to reading some reviews before the game goes live to make a purchasing decision, you’re out of luck.  However, from our experience playing the beta back in July for the Xbox One, Destiny stands a good chance of living up to all the hype surrounding it.  As for our readers, do you base your game buying decisions off of early reviews or do you make your game purchases regardless of public opinion?