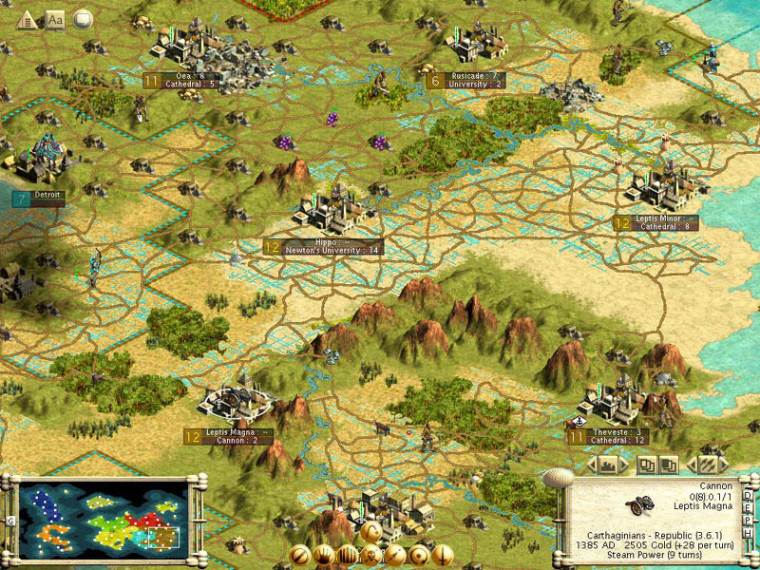 While Civilization VI is all the rage these days, we can't forget about the previous games of the series that led to everything we see today. And to make that easier, Humble Bundle is giving away the complete edition of Sid Meier's Civilization III for free.

The game launched back in 2001 to positive reviews and went on to win various Game of the Year awards. The 'Play the World' and 'Conquests' expansions are also included in the complete edition that is being given away, which adds multiplayer support, new civilizations, scenarios, and other features.

Players who are familiar with the series should be right at home with the game, with the usual task of building up a civilization from the ancient times to the modern age, while cooperating or warring with other cultures. However, note that players who were introduced to the series with Civilization V or VI may find it difficult to get used to the square tiles after experiencing the modern hex map.

Whether it be for trying it out, nostalgia, or just adding to an ever-growing backlog, Civilization III: Complete Edition can be claimed on the Humble Store for the next two days.