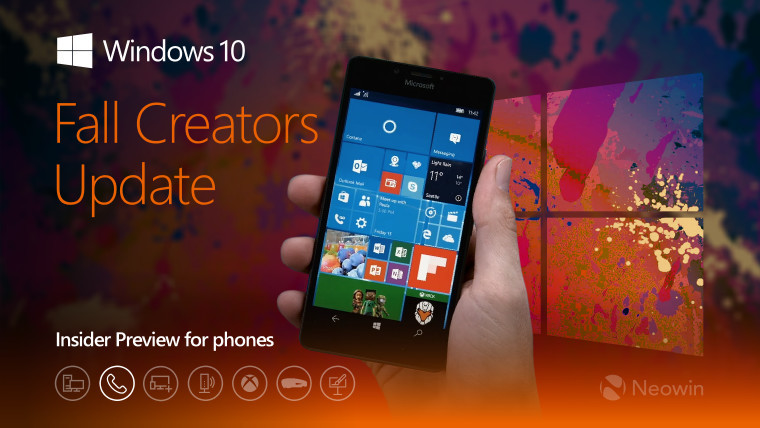 Today, Microsoft finally released Windows 10 Mobile build 15254.1 to the Release Preview ring of the Windows Insider Program. The ring is designated for updates that will eventually roll out to the general public, and as the company said when the build was first made available, this is a release candidate.

As we learned yesterday, the Microsoft Lumia 640 and 640 XL will not be supported for the Fall Creators Update, and they were the last upgraded Windows Phone 8.1 devices on the list. If you really want it though, you can still get it through the Slow or Fast rings, but it won't be made available through Release Preview for the device.

As has always been the case, there's a workaround where users will be able to upgrade through the Slow or Fast ring, and then switch to Production to continue receiving cumulative updates.

The list of supported devices is as follows, according to Microsoft:

It's worth noting, of course, that the HP Elite x3 was never made available for Verizon.

As for when non-Insiders will get the update, it should be any day now. Microsoft told us that it will be happening in the same timeframe as the Fall Creators Update for PCs, and that was made available two days ago.