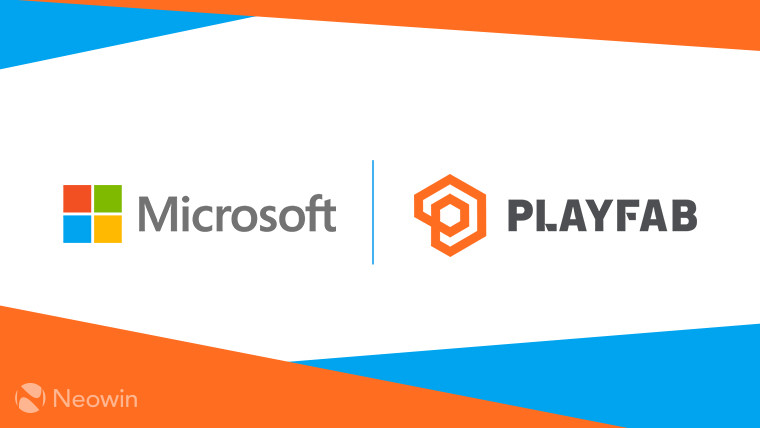 While Microsoft's very own cloud platform, Azure, is most often associated with use in business environments, there's also a perhaps not as prominently displayed application in gaming. To bolster its efforts in this space, the Redmond giant has now acquired PlayFab, a "backend platform for live games."

In essence, PlayFab provides the behind the scenes aspect of so-called live games, simplifying the process of creating scalable, games-as-a-service products, by integrating into PC, console or mobile games. Started four years ago, the company's roster includes not only folks who have worked at Disney Interactive, Sierra, and PopCap, but also someone who was part of the team behind EVE Online, and a few former Microsoft employees.

According to the company, it is serving more than "1,200 live games":

Today we power more than 1,200 live games, and have served over 700 million players. We process more than 1.5 billion transactions a day, nearly 20,000 transactions a second. Our technology is used by some of the biggest entertainment companies, including Disney, NBC Universal, Wizards of the Coast, Nickelodeon, Bandai Namco, Rovio, and Capcom, as well as fast-growing indies like Fluffy Fairy, Nvizzio, and Hyper Hippo.

What's interesting to see is that on its website, it is stated that "Your players and your data are yours. If you ever leave, take them with you.", and that "in the unlikely case we ever shut down our service, you get immediate access to our source code." It's unclear how these particular statements will be affected by this acquisition.

Nevertheless, this seems to be a mutually beneficial move, as PlayFab gets to expand its infrastructure and make use of Azure's 42-region worldwide presence. It's worth noting that currently, the company offers a free plan that any developer can use. There's no hint whether there will be any changes coming to this plan, as Azure's free plan is even more robust than what PlayFab offers.

Editor's Note: A previous version of this article wrongly stated that PlayFab's free tier only supported up to 1,000 registered players. This was corrected.