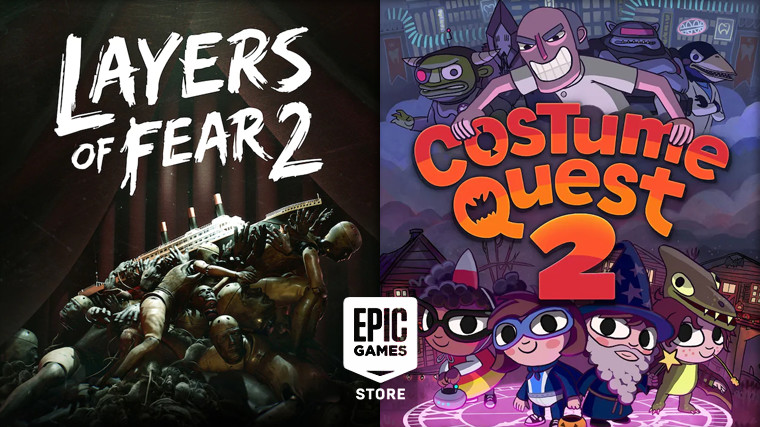 Epic Games Store has put on offer Costume Quest 2 and Layers of Fear 2 to claim and keep for free this week, taking the place of Amnesia: A Machine for Pigs and Kingdom New Lands.

Costume Quest 2 is a Halloween-themed action RPG title that takes players through spooky landscapes as they go through the game’s humour-filled story. Epic also gave away the first Costume Quest game last year; Here’s how it is described at the Epic Games Store:

Explore spooky time-traversing landscapes, don adorable new costumes that transform into powerful Hallo-warriors and collect even Creepier Treat Cards to wield in combat against a legion of hygiene obsessed baddies.

Layers of Fear 2 is a psychological horror title that puts players on a ship with every decision making a difference in how the story progresses. It’s a sequel to the first Layers of Fear game, which was also given away by Epic last year. Here’s how the Epic Games Store describes it:

Layers of Fear 2 is a first-person psychological horror game with an emphasis on exploration and story. Players control a Hollywood actor who heeds the call of an enigmatic director to take on the lead role in a film shot aboard an ocean liner.

Epic Games Store is offering Costume Quest 2 and Layers of Fear 2 for Windows, however, the former is also available for macOS and Linux via Steam where it is priced $14.99 at the time of writing. Here are the minimum requirements:

If you wish to claim Costume Quest 2 or Layers of Fear 2, you can find them here. They will be free to claim until October 29, which is when Epic will put on offer Blair Witch and Ghostbusters: The Video Game Remastered for its next giveaway.