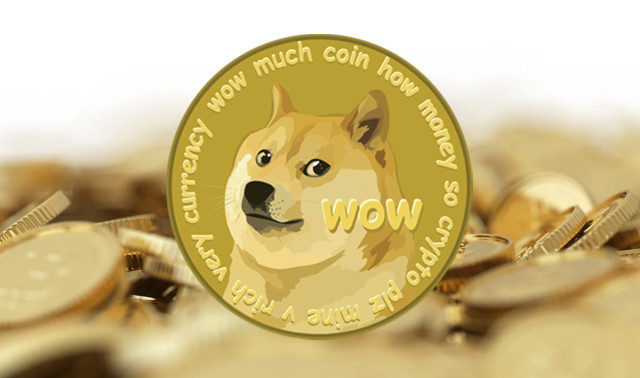 Hacked phones have led to the accumulation of thousands of Dogecoins by criminals.

As crypto-currencies become increasingly popular under the electronic gold rush, the high demand makes it more difficult to attain digital currencies through mining. While some of the more witty criminals found withdrawal glitches on Mt. Gox, other criminals are resorting inefficient methods to expand their crypto-currency wallets.

According to security company Lookout, users have put up malicious apps on the Google Play Store which transform phones into discrete digital currency-mining bots.

Dubbed 'CoinKrypt', the malware has the potential to hijack a phone’s resources to mine Litecoin, Dogecoin and Casinocoin.

The Android apps have been downloaded by millions of users which means there could be an abundance of phones being controlled by criminals.

The difficulty of mining Bitcoins has encouraged criminals to opt for other forms of online currency.

Lookout's principal security researcher Marc Rogers says the inefficient hijacker app has not targeted Bitcoin, due to its difficulty to mine.

“We’ve seen it targeting Litecoin, Dogecoin, and Casinocoin, yet ignoring the much more popular Bitcoin. This leads us to believe this criminal is experimenting with malware that can take advantage of lower-hanging digital currency fruit that might yield more coins with less work.”

Trend Micro says CPU mining codes have been hidden in fake versions of popular apps which then hijack phones secretly. The most successful user had mined thousands of Bitcoins from various users and has since been secured in a wallet.

While this may sound like a huge amount, Dogecoins are relatively worthless. As of March 28, 1000 Dogecoins roughly translates to USD$0.50. 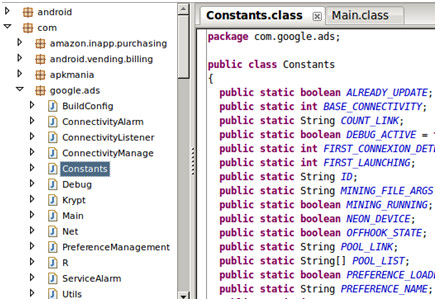 Modified codes hide the true intentions of the malicious apps.

While the apps have not been known to steal information, the resource-intensive nature of mining could lead to overheated or even bricked phones. Affected users should look out for overheated phones and a drastic shortage of battery life.

Users may also be subjected to a spike in data usage due to CoinKrypt’s ability to download “block chains” which is a copy of the currency transaction history.