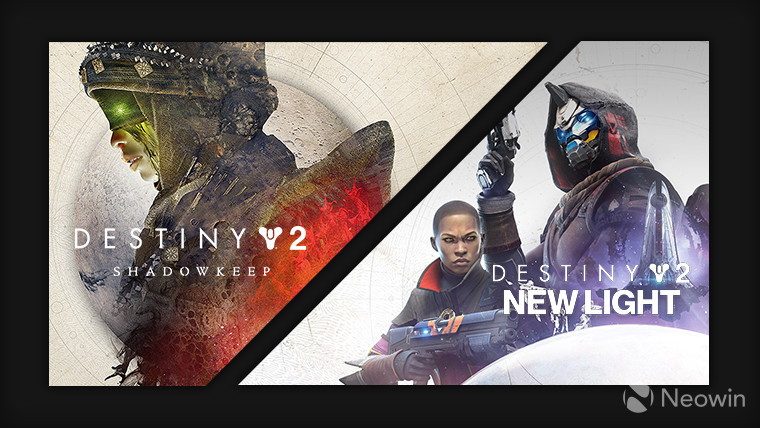 Bungie has just announced that both its Shadowkeep expansion for Destiny 2, and the New Light free-to-play variant have been delayed to October 1.

To kick off BlizzCon 2018, Bungie announced that it would give away Destiny 2 for a fortnight, after which the game would be yours to keep forever. That might've seemed like a weird thing to do, given that the game was just a bit over a year old, but the answer as to why came at the beginning of this year: Bungie split from Activision, retaining the rights to the Destiny franchise.

In June, the developer announced that its flagship title would get a free-to-play variant dubbed Destiny 2: New Light on September 17, and that it would switch platforms to Steam, which is where Bungie will focus all of its PC efforts. Coinciding with it would also be the release of Shadowkeep, the fourth major expansion for the online-only multiplayer FPS. Both have been, as previously stated, pushed back to the first day of October.

Along with the delay announcement, the developer has also shared that:

Keep in mind that moving forward, the Destiny 2 base game, including the first year of expansions - Curse of Osiris and Warmind - will be free-to-play under the moniker Destiny 2: New Light on Steam, and that each expansion after that will be paid. Shadowkeep, for example, will retail for $35 when it launches alongside New Light. And yes, those who own the game on Battle.net will be able to transfer things over to Steam closer to launch day.