On Monday, Nintendo announced the Super NES Classic Edition, the successor to last year's NES Classic. The retro console will come with 21 preloaded games for a price of $79.99.

But is it really enough? Obviously, no technology is actually perfect, but it certainly feels like the Super NES Classic can be a little bit better than it is. 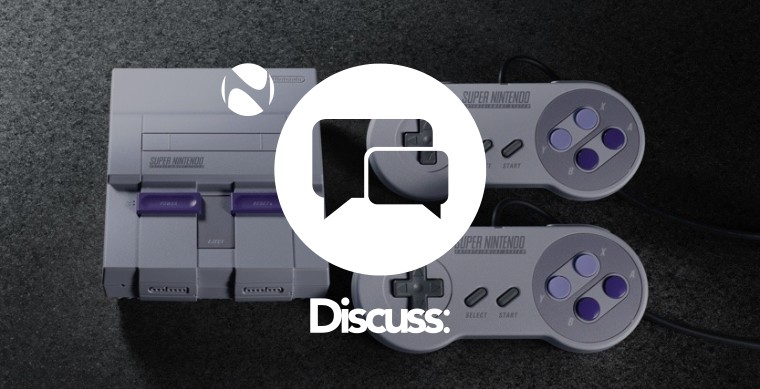 Let's start with the selection of games; there are 21, whereas the NES Classic offered 30 and it was priced at $20 less than the SNES model. Clearly, a large part of the value proposition here is Star Fox 2, the sequel to the popular game (Star Fox, if it's not obvious) that was never released anywhere.

What about games that aren't included though? The inability to add more games seemed like the biggest shortcoming of the NES Classic Edition, and it doesn't seem like that's getting fixed in the SNES model.

If you've got a Wii, Wii U, or 3DS, then you know that Nintendo has something called the Virtual Console, which allows players to buy and download classic games from a number of older consoles, such as the NES, SNES, N64, Sega Genesis, and more. It seems like adding this to a retro console like the SNES Classic is a no-brainer, as many users would gladly pay extra for those games that they wish were preloaded, and it would more than make up for the cost of adding a bigger hard drive and Wi-Fi into it.

One issue that Nintendo did solve is that the new SNES will come with two controllers, while its predecessor only came with one. Being that the NES Classic was in very short supply for the entire time that it was offered, controllers were just as hard to find, leaving users forced to go to third parties for accessories.

But the design of the controller has changed, and I'm not just talking about the buttons. You'll see from the image above that it uses the old school SNES controller connectors. The NES Classic controllers used the same connectors as peripherals for the Wii and Wii U, so you could actually connect them to a Wiimote and use them with the Virtual Console if you wanted to. It doesn't seem like this will be the case with the SNES Classic.

It's too early to say if supply issues will be solved this time around. Nintendo says that it will produce more units, even if it's still to be a limited release, and once again, Europe can pre-order while North America has no such option.

What do you think? Are you satisfied with the Super NES Classic Edition just the way it is, or do you think that Nintendo should have done more? Let us know in the comments!