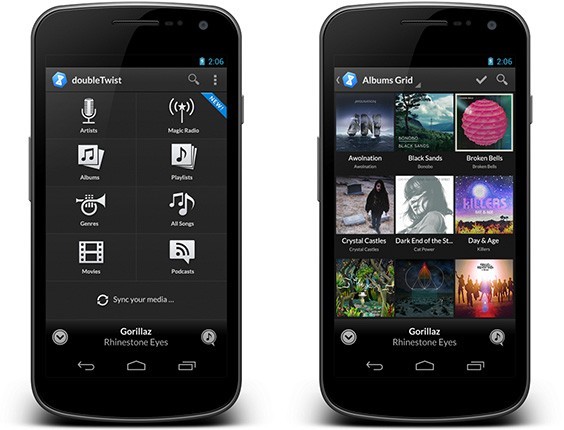 Android media player doubleTwist has just been updated to use a holo-inspired interface, the design style created by Google for its smartphone operating system.

While the new interface looks similar to previous, the developers have incorporated some of Google’s UI elements to make the app’s navigation easier. Additionally, the application now uses the system action bar on all screens and incorporates the "Up" button, according to a blog post by the developers. The release also focuses on optimization and typography on smaller screens.

As seen in the image above, the application is now very consistent with the Android interface, making it familiar to users despite having a slightly unique appearance.

While this is a big update, it is only phase one of doubleTwist’s holo-transformation and changes for optimization for larger screens are sure to come in the near future. DoubleTwist has been very busy lately, considering it also offers a new streaming service. One can only wonder how many phases doubleTwist will go through before it is completely amended, but we look forward to seeing each update in future.