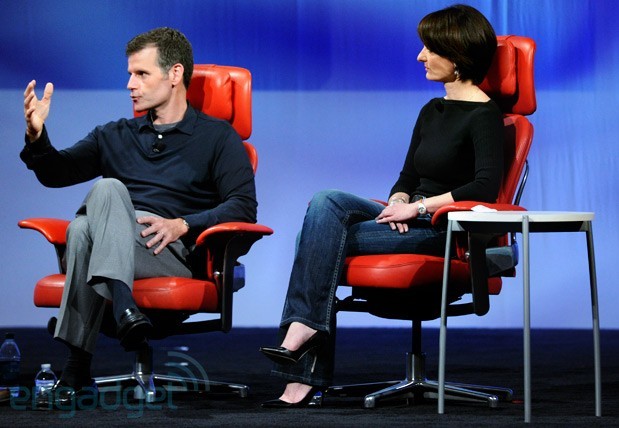 At AllThingsD's D11 conference, Motorola's Dennis Woodside has teased their upcoming Android flagship, which will be known as the "Moto X", revealing a few small details about what we can expect. Previously we've heard just the occasional tidbit about the device, which was rumored as the 'X Phone', but today marks the first batch of official information on the smartphone.

The phone will be the first Motorola smartphone built in the United States, as Motorola is purposing an old Nokia factory in Fort Worth, Texas to build the device. While Woodside apparently had a Moto X in his pocket, he wasn't willing to share it, only teasing a few of its features. Apparently there will be "two processors" in the phone, which will help solve the battery life problem, and the phone will "know what you want to do before you do." Oh, and the device will likely be skinned as opposed to running vanilla Android.

Woodside said we should expect the device in October this year and it will be "broadly distributed" across carriers worldwide. For any more details, though, we'll have to wait for an official reveal.