Shown off and released around this year’s Game Developers Conference, Dungeon of the Endless is an indie title that is a mosh-pit of multiple genres and challenges. It recently got a port to the Xbox One after being well-received on mobile platforms. So that just leaves the question: is Dungeon of the Endless any good?

My review copy had me thrown from outer space to the planet of Auriga via a jettisoned pod, as a major space vessel was under some kind of attack. Some players might not care much about what’s going on once they’ve figured out what the game is about and that’s fine, but stories help give context to what’s going on, and only a minute or two after loading up Dungeon of the Endless I found myself a bit rattled just trying to solve the mystery of what this game was. For me, spending time to figure all of this out doesn’t leave a good impression, but my time with this game didn’t end there fortunately.

As previously stated, Dungeon of the Endless is labeled as a dungeon defense game. To clarify, it’s a hybrid of the dungeon crawler, tower defense and RPG genres, so there’s more going on than what you might observe at first glance. You’ll take control of some of these criminals and guide them through numerous levels filled with all sorts of enemies, opening up rooms and gathering resources while you do, to build a defense around the most important item on the level: your generator. 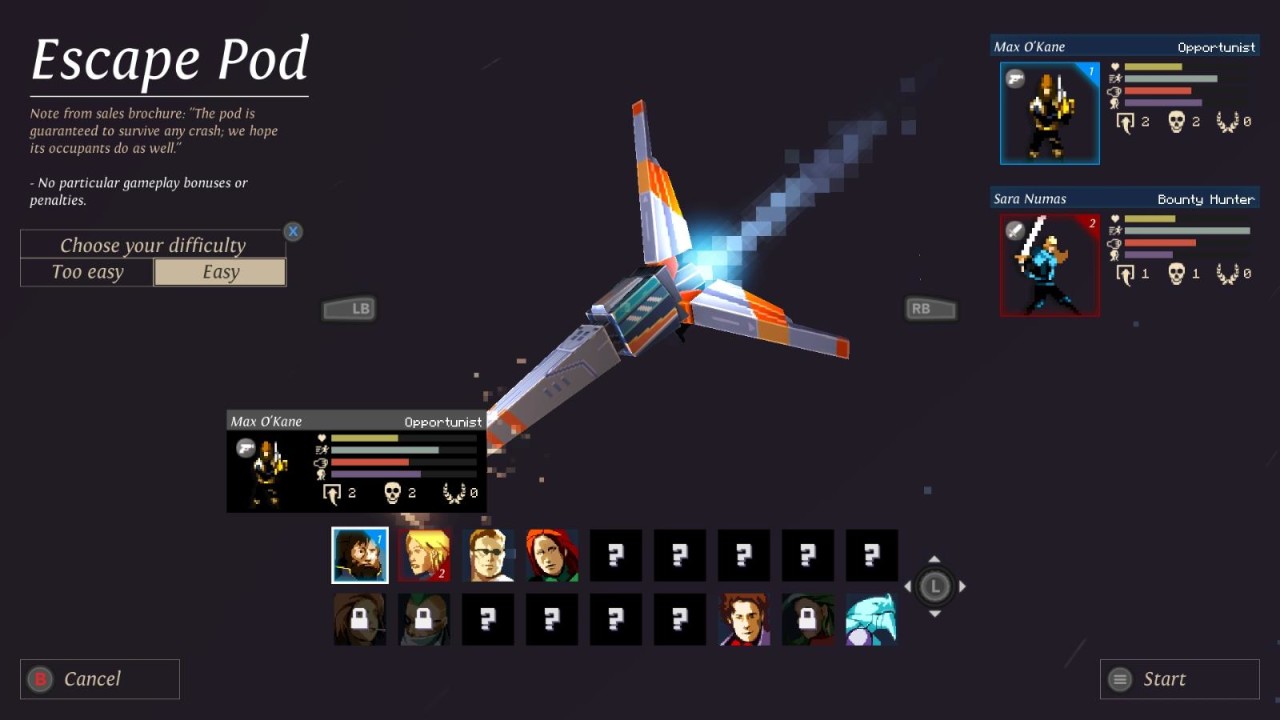 The generator is a large crystal, and is the source of a lot of energy that, if destroyed, ends the game. Waves of enemies are triggered via opening up doors to new rooms, which will either gun for you or make a run straight to the generator. The wave triggers constantly found myself having to retreat a bit upon opening a new door because not only could new enemies spawn in the opened room, but previously-opened rooms as well, making for a bit of mayhem at times.

Your goal: find the exit for each level and walk your generator to it. While the goal is fairly simple, your ability to accomplish these goals are tougher than you’d expect. Upon finding exits, you'll be able to run back to the start of the level and pick your crystal up. When you do, all hell breaks loose as numerous waves of enemies spawn. Having all of your prisoners up and able to fight is important but so is a guarded escape route. Players can build small defense towers in just about any room that will help weaken or take down enemies. The more towers you have up to protect you, the easier it will be to make a run for the exit with a generator on your back.

At one point I had control of four prisoners and had to juggle them all through a couple levels on top of building a tower defense. It’s all of this micro-managing with the numerous variables at play that make Dungeon of the Endless surprisingly fun to play. In theory it's easy to learn but difficult to master - the calling card of a great game. 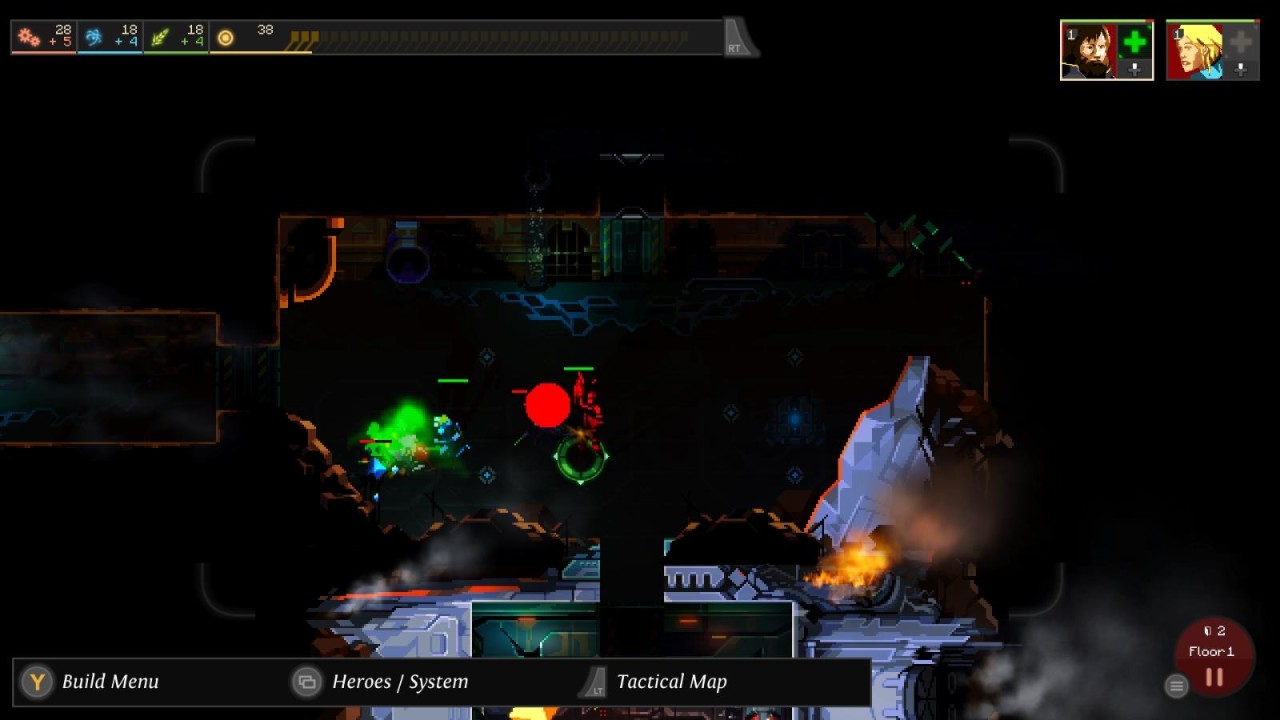 So the game is fun to play, but how easy was it to learn? It wasn't easy, but not because the game itself is so difficult. Rather the problems lie in the approach for new players and figuring out how to play the game. There is a small tutorial buried in the menus, but I found it way too late and it wasn't all that helpful. I had to figure this game out for myself and it took several play attempts to figure out what was going on. For new players, Dungeon of the Endless is a bit maddening at first.

There’s also the issue of the story, which is almost entirely absent from the game. In my review copy there was no introduction other than ten seconds of a ship getting shot at, and suddenly I’m choosing characters. I constantly had to ask myself “what’s the goal, what am I here for?” It wasn’t until I combed the game's Steam home page that I found out what the premise was. It's like someone at Amplitude looked at Destiny's year one story strategy and thought "that should work for us". It didn't work for Destiny and it doesn't work here. Some people may not care much for a story with a game like this, but context is crucial for someone that is picking up the game for the very first time. I found it very jarring, having had no idea what I was supposed to do or what I was working toward. The lack of player setup and tutorials were unacceptable and nearly made me stop playing the game before figuring things out.

What you’ll visually experience in this game is straight out of the SNES era. Dungeon of the Endless visually reminded me of the cult classics Out of this World and early Final Fantasy games all at once. I found the artistic design to be a lot of fun. Playing a lot of higher-budget games like Halo 5: Guardians and the recently-released Tom Clancy’s The Division can easily spoil us with complex and beautiful scenery, but being immersed in those worlds can sometimes make one ignore the beauty and nostalgia experienced when the things that fill your screen don’t have fancy things like heavy anti-aliasing. If you’re into the retro styling of games from the early 1990s, you owe it to yourself to give Dungeon of the Endless a play.

Dungeon of the Endless can be played with up to four people cooperatively and online, but my testing was simply based on a single-player experience. Knowing that you can grab a couple friends and push through this challenging game will only help heighten the experience, since cooperation and a good mix of characters is key to surviving deep into the game. 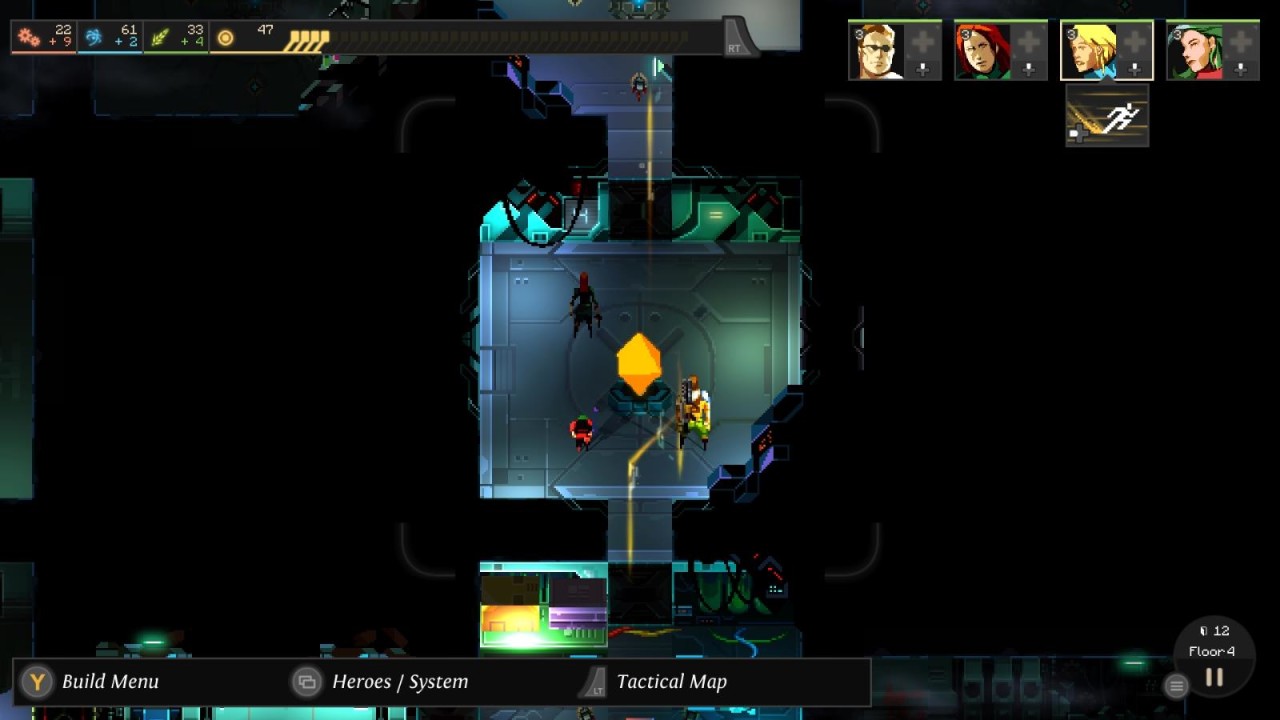 After spending several hours with the game and only able to get through about 1/3 of the way to the end, my views of this game shifted from frustrating to fantastic. There’s a lot to love about Dungeon of the Endless that will keep me coming back to play, at least for the foreseeable future. The insertion of dungeon defense and RPG elements serve the game very well and keep this from being a flash-in-the-pan experience. To beat this game, you’re going to have to be very crafty and have a long afternoon/evening set aside to make it happen. It’s important to note that, if you die or your generator is destroyed, that’s it. Start over from the beginning, with a different layout than what you just played (which kept me from mastering a specific strategy to somewhat cheat my way through the game).

Still, there’s a lot missing in terms of background information and tutorials. I think many players would be greatly turned off by these omissions just like I was. There are games like Portal which certainly leave some things to be figured out without assistance, but it doesn't leave you completely unaware of what to do from the get-go. That kind of early guidance is completely absent in Dungeon of the Endless. As a result, the game was a frustrating grind for the first couple plays before eventually giving way to a very fun product.

I appreciate a game that forces me to play smart, not easily breezing through the content only to beat the game an hour or two later. In Dungeon of the Endless there's a good balance of approachability and difficulty once you've learned how to play. When all is said and done, Dungeon of the Endless is an ambitious title that marries many genres into one seamless game with great success. Were it not for the game’s near-absence of explanation or tutorials, it would probably be a huge hit among gamers. Regardless, for $9.99 Dungeon of the Endless is not a bad buy and it certainly offers a welcomed departure from the typical big-budget shooter and RPG games being released today.