We have heard it almost since the beginning of the rise of the Internet: "Print is dead". That saying was proven this week in its biggest example yet: the Encyclopaedia Britannica announced that it would no longer offer the massive print volumes of its encyclopedia, ending a legacy that began 244 years ago. The last printed version will be the 2010 edition. 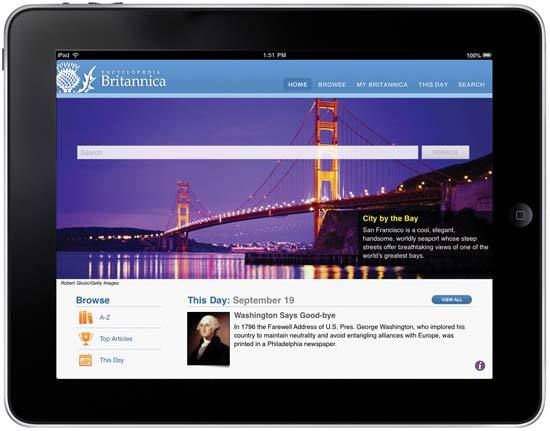 In a statement, Encyclopaedia Britannica president Jorge Cauz said that some might see this announcement as an "unwelcomed goodbye". However, he felt that this move will also allow the company to move further into offering encyclopedias via online editions. He states:

By concentrating our efforts on our digital properties, we can continuously update our content and further expand the number of topics and the depth with which they are treated without the space constraints of the print set. In fact, today our digital database is much larger than what we can fit in the print set. And it is up to date because we can revise it within minutes anytime we need to, and we do it many times each day.

While it may be shutting down the production of the print division, Encyclopaedia Britannica also announced that its entire online edition will be free to check out for the next week. A year's subscription to the online edition costs $69.95. It also offers an iPhone and iPad app.