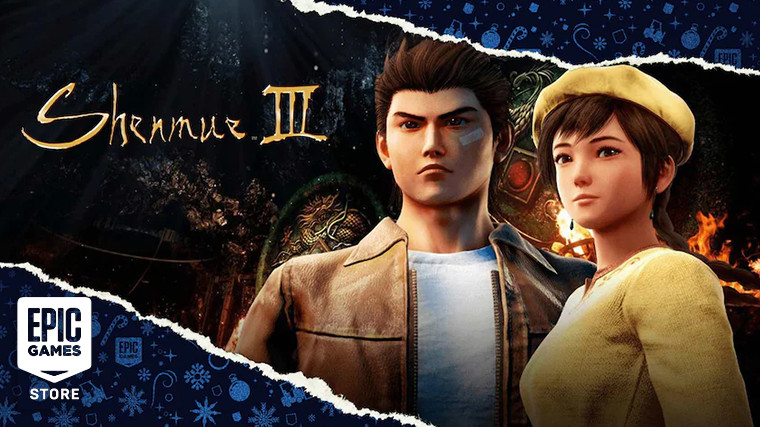 Epic Games Store has brought back its end of the year giveaway festival, and kicking off the promotion is a copy of Shenmue III. It replaces last week's Godfall and Prison Architect freebies. The daily giveaways will last for two weeks straight, so be sure to check back as the store keeps dropping new ones.

Released 18 whole years after Shenmue II, Shenmue III continues the story of teenage martial artist Ryo Hazuki as he searches for his father's killer. The open world of Guilin, China, is where the title takes place in, and where you search for clues, talk with residents, fight bad guys, and play mini-games. Here's how the store describes the game's setting:

In this third installment of the epic Shenmue series, Ryo seeks to solve the mystery behind the Phoenix Mirror, an artifact sought after by his father’s killer. His journey takes him to an immersive representation of rural China, brimming with activity and surrounded by beautiful landscapes.
Ryo’s adventure leads him to towns and mountain villages where he can further his training, try his hand at gambling, play arcade games, and work part-time jobs while investigating those who know truth behind the Phoenix Mirror.

When not on sale the title goes for $29.99. Here are the minimum requirements if you're looking to jump in:

Shenmue III is free to claim on the Epic Games Store until 11AM ET tomorrow, December 17, which is when a fresh mystery game will fill the freebie slot. A storewide holiday sale is ongoing as well, and the store has brought back its popular $10 coupon offer.