A major update to the Xbox One operating system has rolled out to the public today, bringing a offshoot of the Windows 10 operating system to the console. A key focus of this update has been improving both stability and speed of the platform, as well as new features. These speed improvements are accomplished through some new Windows 10 technologies and a complete overhaul of the user interface, structured in a more ergonomic way to improve ease of navigation.

Previously, the Xbox One’s operating system had been criticized for being less than optimized, which resulted in a slow and undesirable experience. Due to changes of the Xbox brand in recent years, the console has adapted and changed around both the modern world and Microsoft’s vision.

The Guide was a key feature of the Xbox 360, and back in the day served as a hub for all social interactions. With the arrival of the Xbox One in 2013, the feature was cut and replaced by a further developed Home menu. The Next Xbox One Experience has brought this feature back, and serves a similar purpose to its Xbox 360 predecessor. 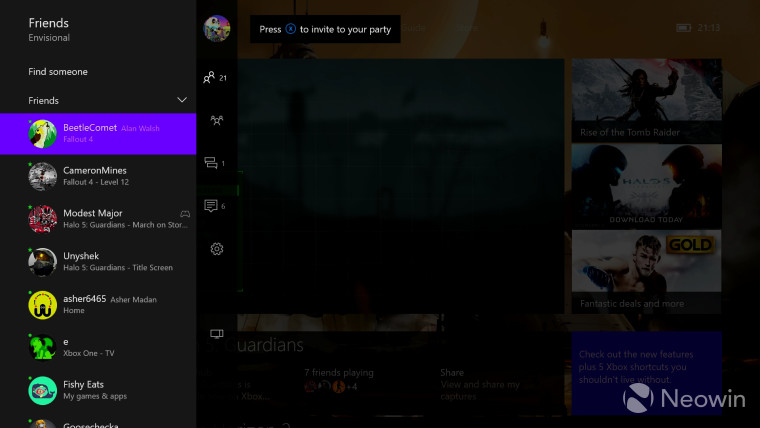 The Friends tab of the guide quickly displays your friends list, with access to common interactions and user profiles. The list orders your friends alphabetically, but prioritizes those added to your favorites. From this list, it's possible to manage mostly all functions possible with user accounts, and distribute invites to games and parties. This is where the enhancements from this update mostly shine, making it possible to send messages and invites in mere seconds. 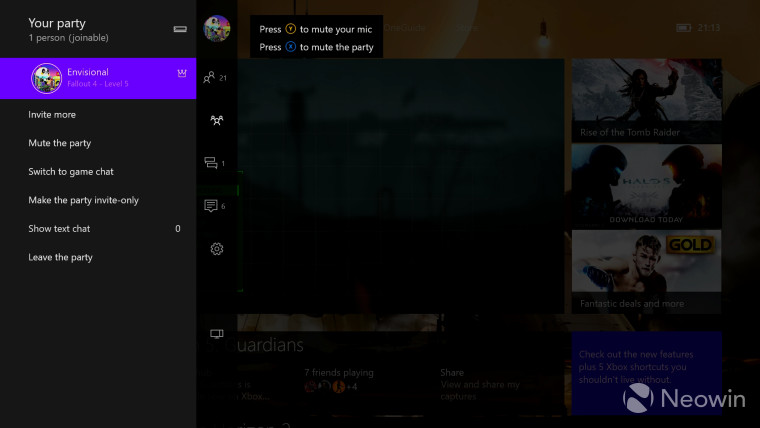 The party tab on the Xbox Guide closely mimics what was offered by the previous Xbox One party application. Minor changes have been made to streamline the interface, and speed up simple processes, however the core functionality is unchanged. 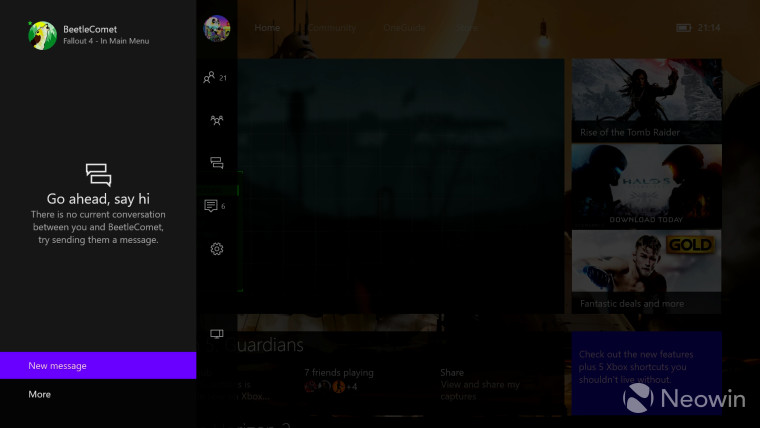 Messaging with the New Xbox One experience also has been given a standalone tab on the Guide, where on-going conversations and threads can be viewed while snapped to the side of the screen. Finding users, and sending messages has been greatly sped up. 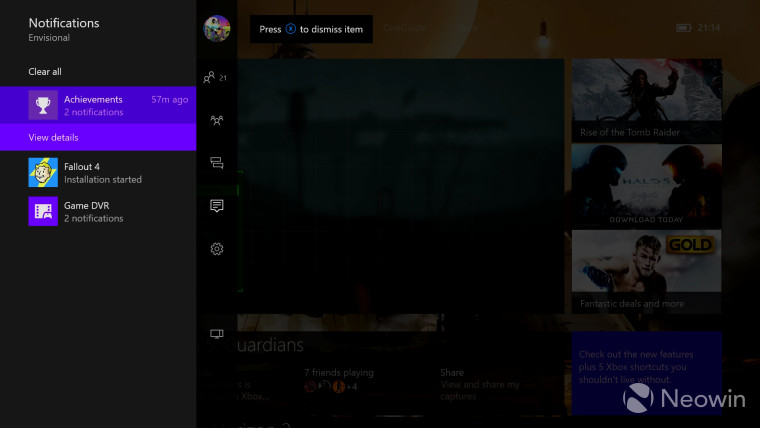 Similar to its previous implementation, the notification center has moved from the Home menu, and onto the guide. This is where social, game and system notifications will collect, if not opened when they initially push on the console. 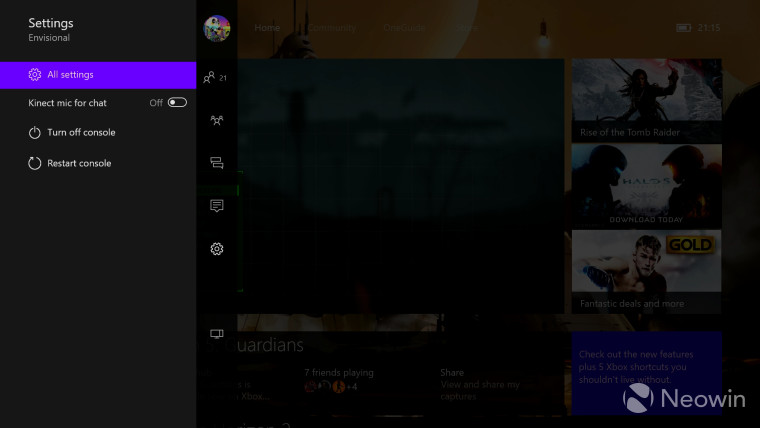 Quick access to simple settings is offered via the guide, yet currently offer only a few quick toggles in the tab. It's expected that once Cortana drops on the Xbox One next year, more settings will arrive here. 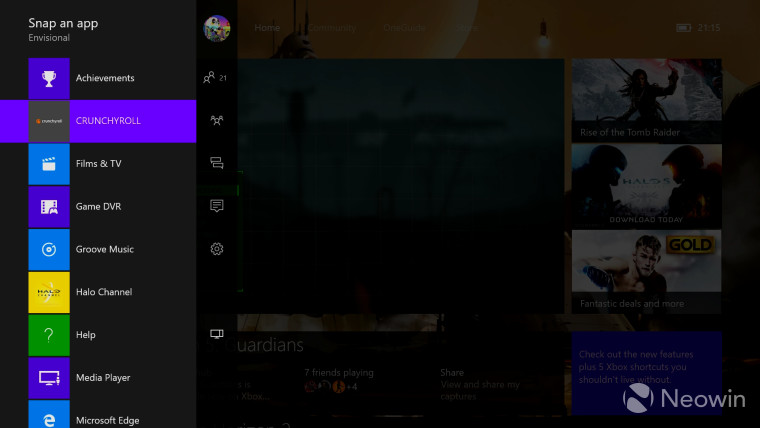 Snapping apps to the screen is now done so through the Guide, instead of the dedicated snap button present on the original dashboard. Currently it's still faster to use voice commands for snapping applications.

Make sure to check out our coverage on Xbox One's backwards compatibility, which was also introduced with this update. Potentially one of the biggest features to arrive to date, the console is now able to emulate select Xbox 360 games on Xbox One hardware.