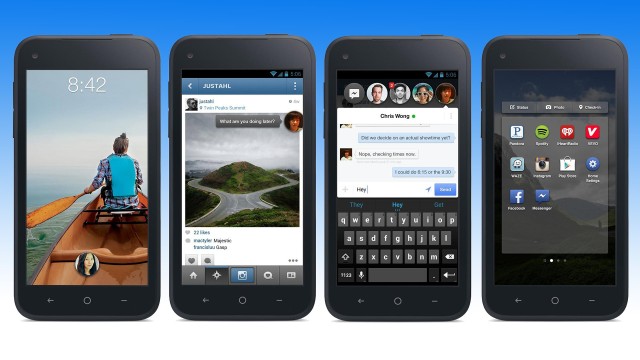 Facebook's new 'home' on Android, Facebook Home, has surpassed 500,000 downloads on Google Play since its launch just five days ago. Facebook Home's entry on the Google Play store has been updated to advertise the milestone.

TechCrunch compares the app's success so far to Instagram's reception when it was first released for Android users, garnering over 1 million downloads in its first day. With over 1 billion users, Facebook likely hoped for a better response to its Android user experience.

Facebook Home has seen decidedly mixed reviews since its launch, gaining pretty poor reviews on the Play store, with 5,627 out of 10,930 users giving the app just one star:

Whilst the Google Play store doesn't provide exact data on individual app installations, the app is currently listed in the 500,000 to 1,000,000 downloads category.

Given the lower-than-expected popularity of the app, Facebook may be looking to launch Home on both the Windows Phone and iOS platforms to garner more support. Users thus far have complained the app is simply too intrusive, doing away with the Android lock screen that offers at least some level of privacy. With Home, your friends' status updates and photos sail unassumingly across the screen, even while the device is locked.

The Play store, oddly, offers three favourable reviews below the outstandingly poor customer reviews. Look further, however, and you'll find hosts of users raising concerns about privacy, a factor the company has been consistently vilified for since the site's inception.