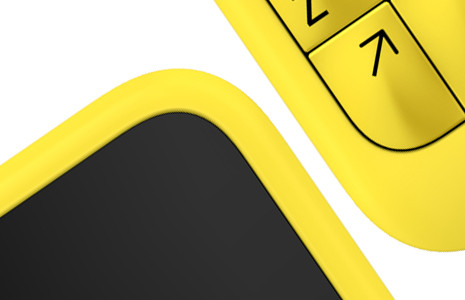 Nokia has released a teaser image today for an upcoming announcement, potentially revealing a new QWERTY smartphone, although all the signs point to this device falling under the Asha range of low-end quasi-smartphones, as opposed to their flagship Windows Phone Lumia line-up. The image released, seen above, shows off a rounded yellow phone with visible Z and Shift keys, employing a similar style to previous devices in their Asha range.

Another hint that this device probably isn't a Lumia comes from the fact that the phone's unveiling, scheduled to be held at 7am GMT on Wednesday, is being done by Nokia's Mobile Phones team rather than the Lumia team. Also, the particular choice of time for the announcement, which is early in the morning for those living in North America, hints that this device is designated for an Asian launch.

So don't get your hopes up for some sort of Lumia Windows Phone with a QWERTY keyboard, but if you're looking at getting a lower-end Asha phone, perhaps what Nokia has in store in just a few days will be of interest.