Facebook has decided that its users have to chat with each other via the stand alone Facebook Messenger app, rather than from the main application. TechCrunch reports that iOS and Android users will start to receive messages soon on their Facebook apps that chat options will soon be gone from the main app. 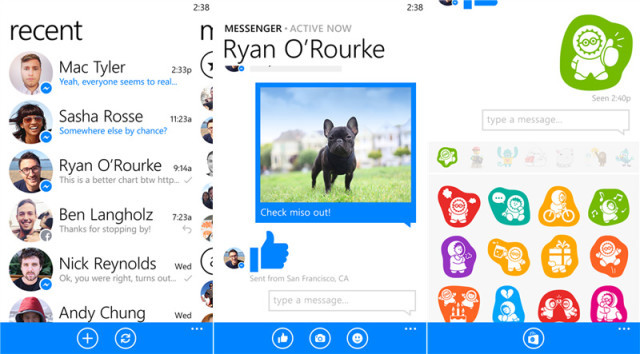 The story quotes a recent statement from Facebook CEO Mark Zuckerberg that offers an explanation on the change:

And the reason why we’re doing that is we found that having it as a second-class thing inside the Facebook app makes it so there’s more friction to replying to messages, so we would rather have people be using a more focused experience for that.

Update: The Verge reports that Windows Phone and tablet users will still be able to chat inside their main Facebook apps.