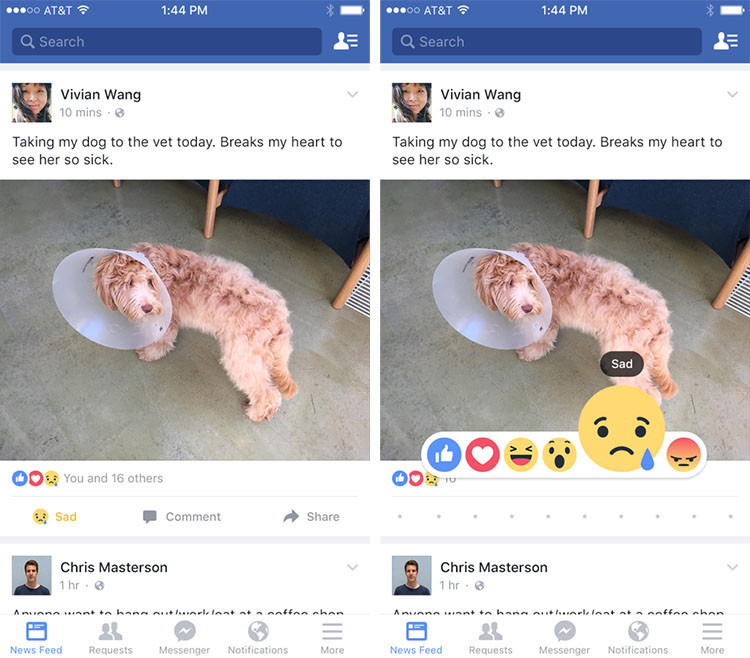 Facebook is rolling out their Like button "reactions" after over a year of testing. Users will now be able to select from a variety of emoji after a long press on the Like button.

Users will be able to choose from emoji for "like", "love", "haha", "wow", "sad", or "angry". The update is available for iOS, Android, and facebook.com right now.

The new feature is still not available on Facebook for Windows Phone, Windows 10, or Paper for iOS.

Upon launching the Facebook app or visiting facebook.com, users won't see anything that's different other than some new reaction emoji on posts. The new feature requires the user to long press or hover over the Like button before the new emoji are shown, after which they can be selected.

Initially tested in Spain and Ireland, the new buttons originally contained two more, which ended up being cut: "yay" and "confused". Testing showed that those that used either of the two buttons were unlikely to ever use it again.

Facebook users have been asking for ways to express emotions other than "like" for some time, mainly requesting a "Dislike" button. After all, when someone posts on Facebook about a tragedy happening to them, a user might want to react in a different way than a Like button, which wouldn't be very fitting.

The new "reaction" buttons aim to fix just that.