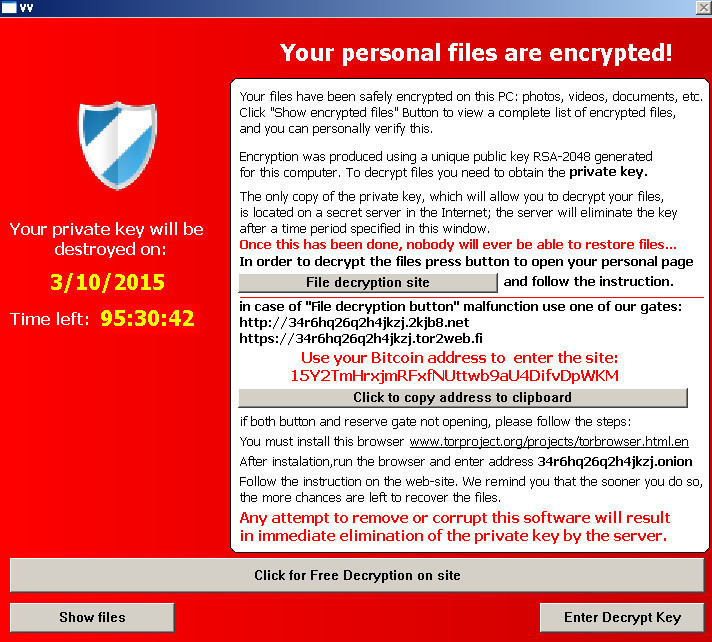 Over the last few years ransomware has become a prominent way for hackers to extort money from victims. Ransomware such as Cryptolocker encrypts a victims computer and demands a payment to decrypt the files. What's surprising is how the FBI deals with victims of ransomware attacks. Last week at the Cyber Security Summit 2015 event, Joseph Bonavolonta, the Assistant Special Agent in charge of the FBI's CYBER and Counterintelligence Program at the FBI's Boston office revealed that the FBI can't really do a lot about the problem.

Ransomware programs such as Cryptolocker and Cryptowall appear to have gotten the better of the FBI, "To be honest, we often advise people just to pay the ransom." revealed Bonavolonta "The ransomware is that good".

In June this year, the FBI issued a Public Service Announcement (PSA) which echoed Bonavolonta's message regarding ransomware. "These financial fraud schemes target both individuals and businesses, are usually very successful, and have a significant impact on victims."

The announcement by the FBI also stated that 992 CryptoWall-related complaints were received between April 2014 and June 2015 with losses to victims totaling $18,000,000. Aside from suggesting the usual tips of using anti-virus software, enabling popup blockers and backing up data the only other help the FBI could give was to contact your local FBI field office, turns out now that they can't do much either.