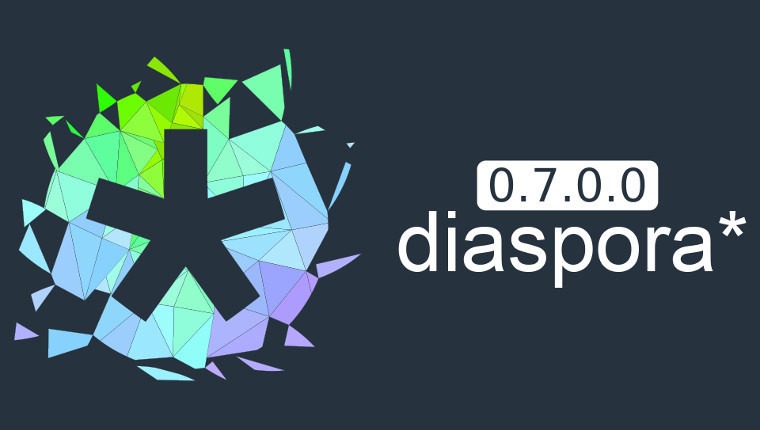 The Diaspora Foundation has announced the immediate availability of Diaspora 0.7.0.0. The release comes five years after the project was placed into the hands of its community by its founders, and one year since the last major release, 0.6.0.0. This is one of the biggest updates that the software has ever received with over 28,675 lines of added code and 20,019 lines being removed.

The release comes with an important notice for podmins (admins of different Diaspora pods/nodes). The new federation protocol that has been included as part of 0.7 is incompatible with versions older than 0.6.3.0 and if you’re still running a version older than that, your server won’t be able to fully communicate with servers running the newest software. The number of pods which will actually be affected by this deprecation seems to be extremely small, according to Podupti.me.

The new release largely focuses on under the hood improvements and changes, here are some of the most important ones that have been made that the user will notice:

The last important note about this release is that it starts the ball rolling for account migration support. With 0.7, it is possible to fully export your account data which will become importable in a future Diaspora release. Secure account importing will be able to be introduced in a later release after the majority of pods in the network have updated to 0.7. The next release will be 0.7.1.0 and is due in early October.