Mozilla may have put their plans to release a Modern UI version of Firefox for Windows 8 on hold, but the company is still moving forward with a major revamp of its main web browser. This week, the "Australis" version of Firefox entered the beta testing channel. 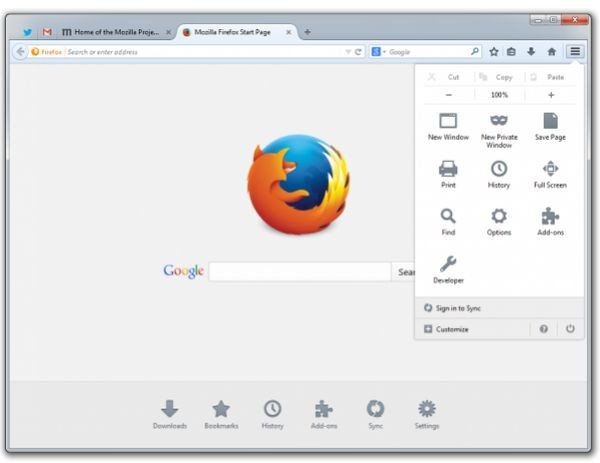 The beta build shows off what will become the new user interface for Firefox when it becomes part of the public build for the browser later this spring, most likely as Firefox 29. Mozilla's blog states:

We’ve changed the tab structure and functionality in Firefox to enable you to focus on your Web content. Tabs have a more fluid and streamlined shape, sit higher up in the browser and tabs that are not in use have been visually de-emphasized. We’ve also moved the bookmark manager next to the bookmark star in your Firefox toolbar to make it easy to save your favorite sites for one click access.

In addition, the Firefox beta includes the new "Customization" mode which will allow users to drag and drop features, add-ons, and tools anywhere in the browser. Finally, the new Firefox Sync feature will help users keep the same settings on the browser when they switch from a desktop to a notebook to a mobile device.