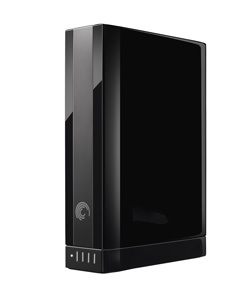 We can remember when having a 1 GB hard drive in your gaming PC was considered a big deal.  Later on, we reached the 1 TB level for PC storage. Today, having a 1 TB hard drive in your desktop is almost the minimal you can expect from a PC. This week, Seagate announced that it has reached yet another new level of PC storage capacity. It revealed plans to release a new version of its GoFlex Desk external hard drive that will have a stunning 4 TB of storage space.

The hard drive will have native support for both FireWire 800 and USB 2.0 connections. It will also come with a USB 3.0 adapter that will allow the GoFlex Desk to connect to PCs that have the newer and faster version of the USB port. The amount of storage space in the 4 TB hard drive means that users could transfer over 2,000 movies in high definition inside the drive. The GoFlex Desk drive is compatible with both PCs and Macs and can also be used as a network drive with the optional GoFlex Home adapter.

The GoFlex Desk 4 TB hard drive will go on sale later this month for $249.99. While this is an external drive it shouldn't be long before we start to see internal PC hard drives that have the same capacity. Meanwhile, solid state drives continue to rise in popularity and in storage space but are still hundreds of dollars more expensive than their standard disk drive counterparts.