You may recall that yesterday, it emerged that Research In Motion looks set to announce its first BlackBerry 10 handset as soon as August, with the device set to go on sale in early October. RIM’s next-generation operating system has been substantially delayed over the last couple of years, but its development is now said to be proceeding well, with a recent report suggesting that the company plans to send handsets out to developers next month.

Today, the very first handset for BlackBerry 10 has been revealed by a member on CrackBerry’s forums, who describes it as a developer device rather than a production-ready model. 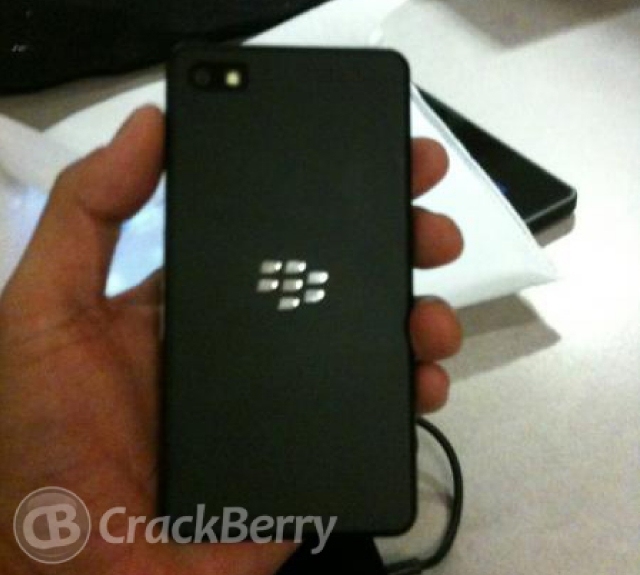 The appearance of the device is slightly different from images that we’ve previously seen of BB10 handsets; one earlier image of the BlackBerry “London” handset shared many design elements previewed on the premium Porsche Design P’9981 smartphone released last year. This developer device shares more in common with the updated look for the London 'superphone' that we reported on back in February; the reverse of the handset appears virtually identical to that leaked design, although the front is far less similar. 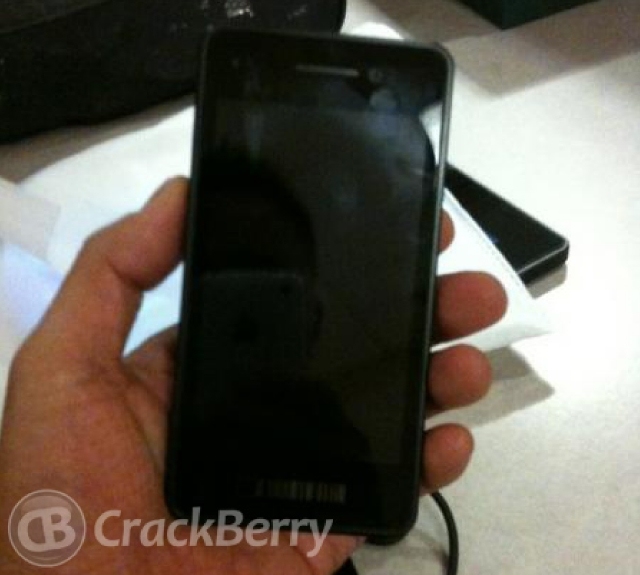 It’s likely that RIM wished to avoid revealing the design of its production models, by making the design of this developer device as deliberately understated as possible. There would be little advantage to previewing the final look of its production handsets months before they’re due to go on sale. As Samsung recently noted, that kind of strategy tends to create more problems than solutions.

We don’t yet know if this is the precise model that RIM will distribute to developers at next week’s BlackBerry Jam conference, but there's a good chance that it is. But at least there’s not long to go before we find out – and we should get our first proper glimpse of the BlackBerry 10 OS in action next week too. Exciting times!