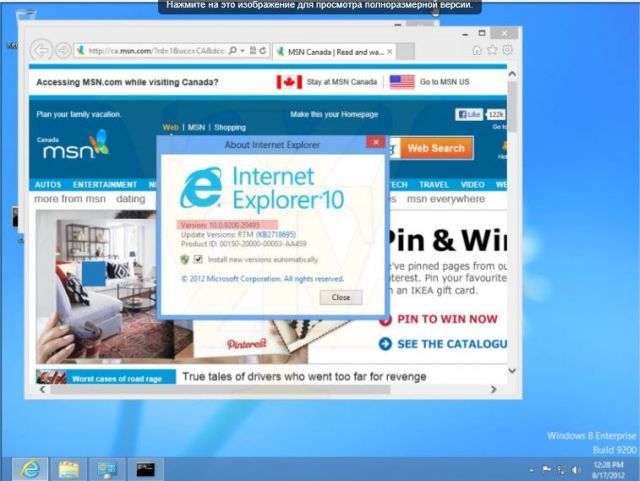 Microsoft signed off on the RTM build of Windows 8 earlier this month. At the time, the build number for the RTM version was 9200.16384.win8_rtm.120725-1247. Now a known Windows news leak source has posted screenshots that show a build number that is even higher than the one that Microsoft officially approved.

The Russian website forum WZOR is the source of the screenshots, which allegedly show that the next build number for Windows 8 is 9200.20495.120814-1420. No other information about the build was revealed in the screenshots. 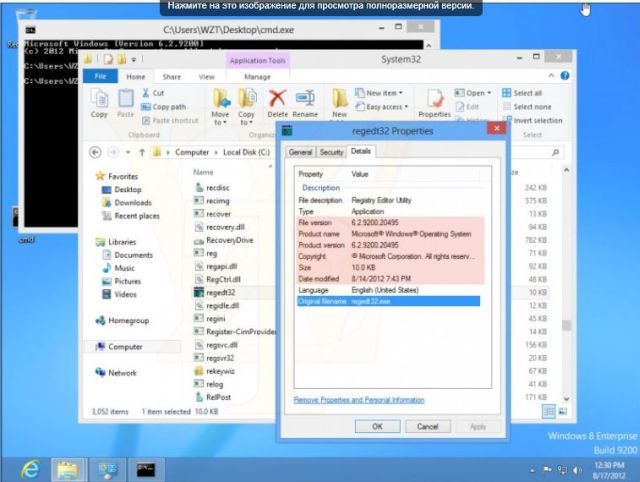 Of course, Microsoft is expected to continue to work on Windows 8, even after the completion of the RTM build. However, it's currently unknown if this new build number means that Microsoft might have some kind of "day one" patch for Windows 8 when the OS is made available to the general public on October 26th.

In the meantime, versions of the current RTM build Windows 8 will be released for Microsoft Action Pack Providers (MAPS) on Monday, August 20th. A limited number of college students and their faculty members will be able to get a free copy of Windows 8 starting on August 25th as part of Microsoft's DreamSpark program. On September 1st, Microsoft's Volume License customers without Software Assurance can purchase Windows 8 through Microsoft Volume License Resellers.

Thanks, as usual, to loyal Neowin member FaiKee for the tip!