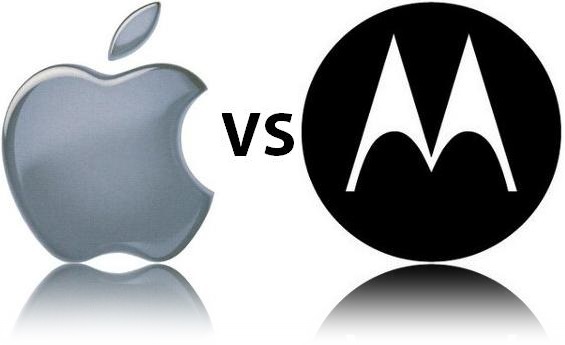 This story began in 2010, when Apple and Motorola fell out over licensing agreements. Fast forward to today; a complaint filed at the US International Trade Commission claims that Apple has infringed on seven Motorola Mobility patents.

The features of the patents include the Siri voice-recognition application, location reminders, e-mail notifications and video/phone players. In an e-mail statement from Motorola Mobility, they have said:

We would like to settle these patent matters, but Apple’s unwillingness to work out a license leaves us little choice but to defend ourselves and our engineers’ innovations.

This is the second complaint Motorola Mobility have filed against Apple. In April, a trade judge said that Apple infringed one of four Motorola Mobility patents covering a way that computers transmit signal through Wi-Fi. A final decision on this first case will be revealed on August 24th.

It should be noted that in May, Google completed the purchase of Motorola Mobility.

This is a very competitive time in the mobile device market, with Google’s, Apple’s and Microsoft’s hardware and software all battling it out for our hard earned cash. Each of these companies works to develop the standards that allow our electronic devices to work together. They then license their patents to each other on realistic terms, and it’s these terms that seem to be causing more and more of a headache for Apple, Google (and most famously Samsung) at the moment.

Apple V Samsung is the court battle that the IT world is watching very closely at the moment. Make all the jokes you want about Apple patenting “a rectangular device with rounded corners,” because it’s the outcome of that trial that will decide just how much of a stranglehold a company can have over an industry standard.