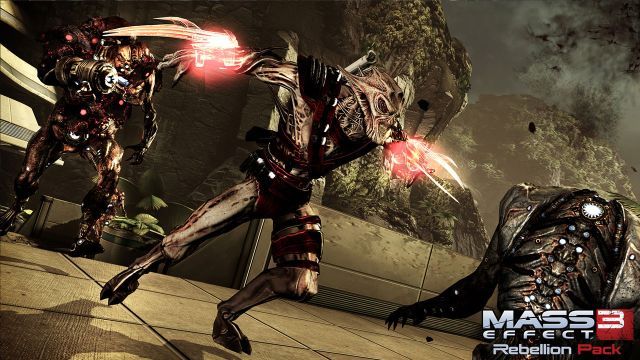 BioWare is going to give its hit sci-fi action-RPG game Mass Effect 3 a new DLC pack, and the good news is that it will be free to download. The game's official website has the details of the Rebellion DLC pack, which will be available for the PC, Xbox 360 and PS3 versions of the game on May 29th in the US and on May 30th in Europe.

The pack will add new new multiplayer maps to Mass Effect 3 (Firebase Jade and Firebase Goddess) along with six new characters, each with their own unique abilities and loadouts. There will also be three new weapons available; the Cerberus Harrier Assault Rifle, the Reegar Carbine Shotgun and the Krysae Sniper Rifle.

In addition, the DLC pack will add a new gear slot on the equipment screen, along with a new in-game objective. BioWare says, "Randomly occurring during waves 3, 6 and 10, this new objective will demand that teams retrieve a high priority package and securely escort it to a designated extraction zone on each map."

BioWare is still working on its Extended Cut DLC pack, which will, in BioWare's words, "expand upon the events" in Mass Effect 3's controversial ending. That pack is expected to be released later this summer.