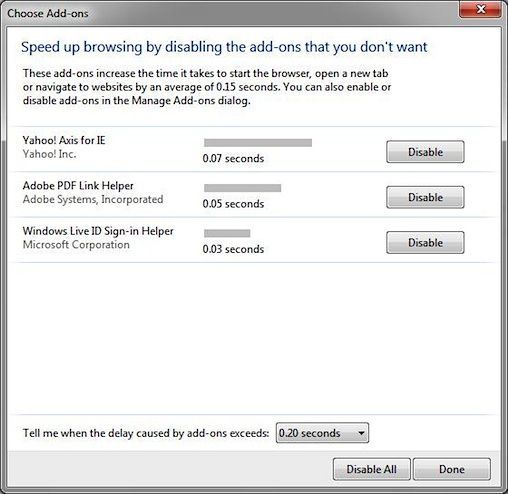 The newly launched browser plug-in from Yahoo, called Yahoo Axis, was first released to the public late on Wednesday night to the surprise of many people. Now there's word that Microsoft's Internet Explorer 9 browser is already warning users that installing the Yahoo Axis plug-in will slow down the web browser's start up time.

Yahoo launched the Axis add-on, which is supposed to help with Internet searches, for IE9 as well as Apple's Safari, Google's Chrome and Mozilla's Firefox web browsers on the Windows and Mac platforms. A separate app was released for iOS devices.

The add-on has already had a run-in with Chrome. The first version for Google's browser had an exploit bug that that allowed anyone to digitally sign extensions in Yahoo's name. Yahoo has since released a new version of Axis for Chrome that fixes this exploit.