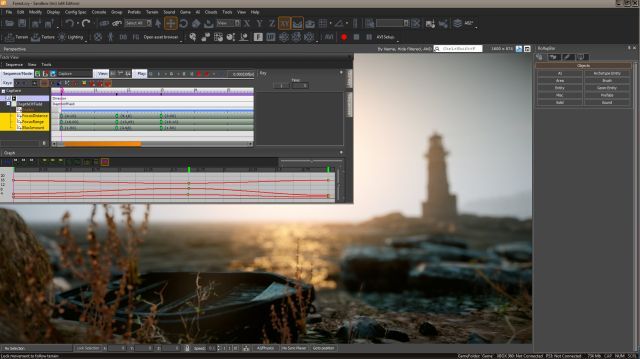 People interested in game development now have a powerful new and free tool to use. Game developer Crytek has released the first version of its CryEngine 3 Free SDK at the CryDev web site.

The download will allow anyone to use the same game engine and development tools that Crytek has used to make the recent first person shooter Crysis 2 as well as upcoming games such as the Xbox 360 exclusive title Ryse and the free-to-play game Warface.

The tools in the SDK include the CryEngine "Sandbox" level editor which is among the most powerful and easiest to use in the game industry. Crytek also offers up full documentation for the free tools at the Crydev web site and will regularly update the SDK with new features. Developers can create and release full standalone games without having to pay Crytek a license fee. However, if developers wish to release a commercial game using the CryEngine 3 Free SDK tools, Crytek can offer those development teams a deal where it will take 20 percent of the game's revenues.

The release of a free version of CryEngine 3 by Crytek follows the trend that was started by Epic Games in November 2009 when it released the Unreal Development Kit, a free version of Epic's Unreal Engine 3 game development tools that were already used by a large number of third party publishers. Since its launch, a number of both free and commercial games based on the UDK have been released with many more in the works.