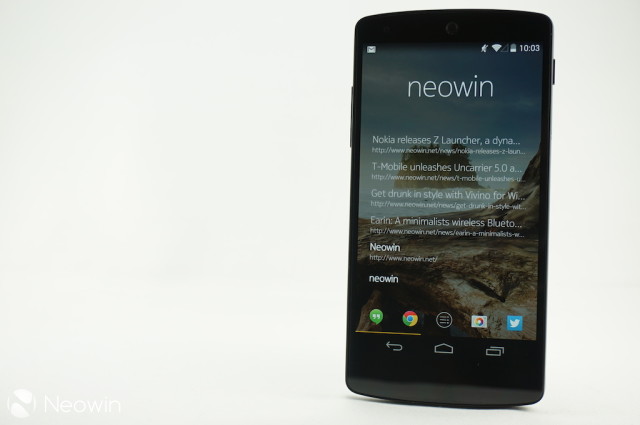 Although Nokia just unveiled the Z Launcher home screen app, we have already gotten our hands on it and loaded it on our test units at Neowin. As we anxiously begin exploring one of the first creations from Nokia, post Microsoft deal, we find that the app is a simple, intuitive, and a new way to navigate an Android device. The home screen app is unlike traditional launchers and focuses on bringing some of the most frequently used items to the forefront, while keeping everything else in the background.

Perhaps what is the most interesting about this approach is that the apps will dynamically change depending on which ones you use the most. The home screen isn't only limited to apps, but can also introduce contacts and webpages that are frequented as well. Since the experience is meant to be simple, Nokia has included Scribble, a feature that will locate applications by simply having the user draw the first couple of letters of the applications name on the home screen. Scribble will even perform Google searches after four letters.

While this app is still an alpha build, it looks promising. Obviously, we won't know how well this app works until we start seeing the dynamic behavior in full effect, but the unexpected release from Nokia is a step in the right direction. As Nokia transitions its efforts into becoming a proper software company, unique ideas like Z Launcher will easily bring brand recognition to the rebuilding company.

Z Launcher is an alpha build and available for download now.