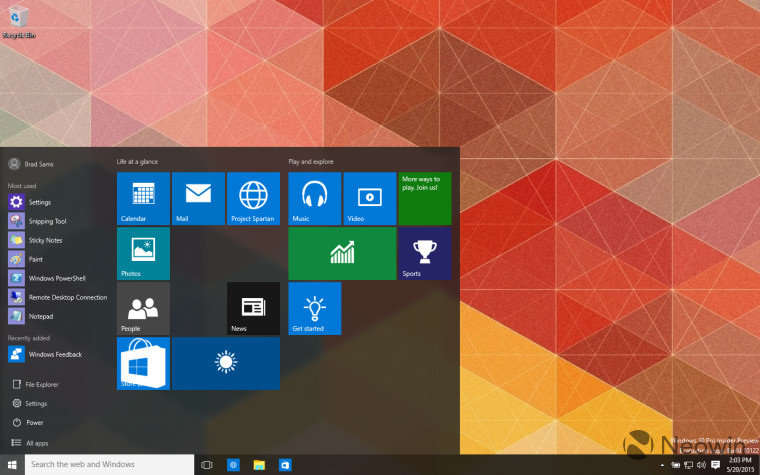 Earlier today, Microsoft announced that Windows 10 build 10122 is available to Insiders and you can download the build right now. As with every new release, we have installed the build and created a gallery below for those of you who want a closer look but are not ready to toss this OS on your hardware.

New in this builds are the updates to the Start menu that bring it inline with the one that was shown off at Build 2015 ( Microsoft has said this is likely the final layout for the menu), improvements to Edge ('New Tab' page is updated), the Insider Hub has been overhauled and there are likely other updates not included in the release notes too. As we dig around, we will let you know if we find any other subtle changes.

Most of these updates were highlighted in our coverage of 10120 last week, so if this sounds familiar, that's because this build is only two iterations newer than what we brought you previously.

If you have installed this build, make sure to check out the known issues too, and let us know if you have had any problems with this release in the comments below.