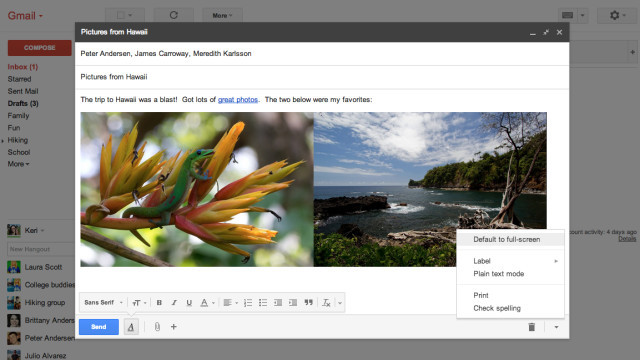 The controversy over Microsoft going into a user's Hotmail account as part of an internal leak investigation without a warrant in 2012 won't go away. Today, the general counsel for Google, Kent Walker, said it would be hard to imagine the company doing a similar thing with Gmail accounts.

Walker's statement came as a response to an accusation from TechCrunch founder and former editor Michael Arrington. A few days ago, on his personal blog, Arrington said that he was "nearly certain" that while he was still at TechCrunch his Gmail account was accessed by Google after he broke a major story concerning the company.

In a statement sent to Re/code, Walker flat out denies the accusation, saying, "While our terms of service might legally permit such access, we have never done this and it’s hard for me to imagine circumstances where we would investigate a leak in that way."

Microsoft has already stated that it will now have a separate internal legal team make a recommendation for its investigative group on whether or not to go inside a Hotmail or Outlook.com account, but some groups, such as the Electronic Frontier Foundation, they feel the company needs to get an outside warrant for any search of that type.

Google does scan Gmail accounts to serve up ads for the service. That policy is the center of a recently filed lawsuit in California, which claims that Google's actions violate the state's privacy laws.