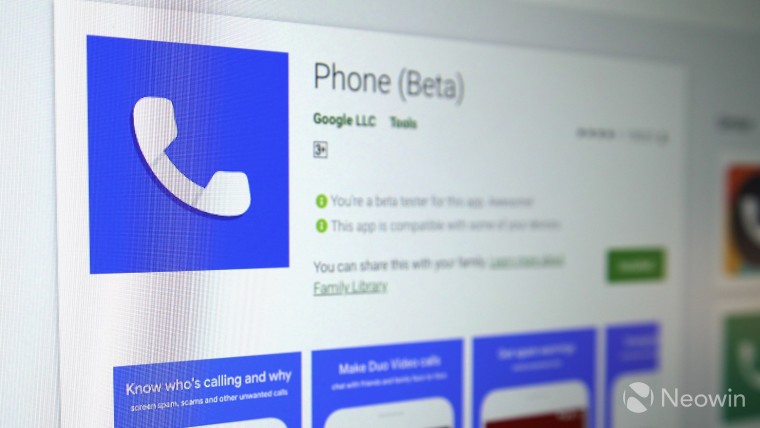 The latest Google Phone beta app is now compatible with most Android devices out there. The dialer app comes pre-installed on Pixel, Android One, and select Xiaomi devices sold in the EU. Google had expanded the availability of the Google Phone app to some non-Pixel devices earlier this year, but the app was only compatible with a handful of devices. With the latest beta though, the Google Phone app can now be installed on smartphones from OnePlus, Samsung, and even Huawei as reported by Android Police and users on Reddit.

To install the Google Phone app on your Android device, you must first join the beta program of the app. After that, you will be able to install the beta app on your device. The app is not showing up in Play Store search results on mobile so you will have to install it from the web by using a direct link. The app listing suggests it should be compatible with Android devices running Nougat or a newer build of Android.

I successfully managed to install the Google Phone app on my Galaxy S20+ and set it as default replacing the stock Samsung Phone app. The dialer app has worked fine so far without any issues. Sadly, you will not be getting access to features like Call Screen and Verified Calls as they still remain exclusive to Google's Pixel lineup.