Alongside the Nexus 6 phablet and Nexus 9 tablet, Google surprised us with the announcement of a third device, the Nexus Player. It’s a $99 set-top box running Android TV, and in addition to streaming of music, movies and TV shows, Google is keen to emphasize its gaming credentials. The company is even selling a $39 gamepad accessory for the Nexus Player which, like the box itself, is built by ASUS.

The Nexus Player is intended to be a showcase for the latest version of Google’s OS, Android 5.0 Lollipop, and the company opened pre-orders for the device via its Google Play store on October 17. However, Google has now rather unceremoniously suspended pre-orders of the Nexus Player.

The device is still listed on Google’s store, but links to its product page have been removed from most pages, and availability is stated as “coming soon”. 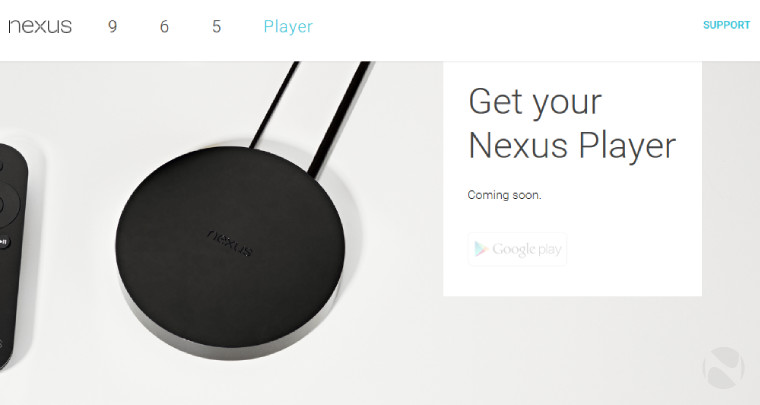 Even more telling is a small nugget of information uncovered by Android Police, which was added by Google to the Nexus Player’s product page, which states:

This device has not been approved by the Federal Communications Commission. It is not for sale until approval of the FCC has been obtained.”

So, that pretty much settles that. Google began taking orders for the Nexus Player before it got the certification it needs from the FCC. Unfortunately, for now, there’s no clear indication of when that certification will finally come through, so if you’re hoping to buy a Nexus Player, you’ll just have to sit back and wait.

Update: As pointed out in the comments below, the Nexus Player has finally got FCC certification, although the device is still listed as "coming soon" on the Nexus site.