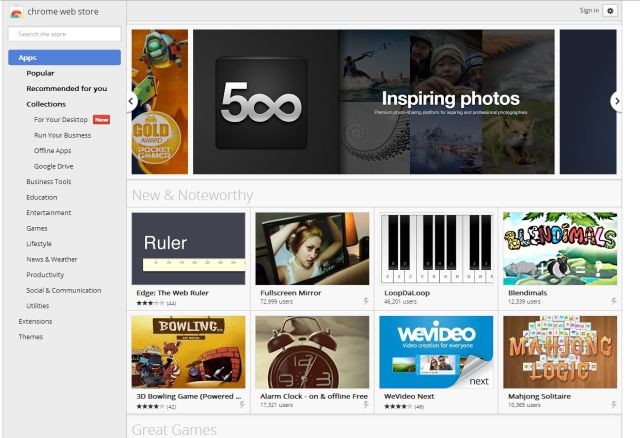 Google is making a move to control the kinds of extensions that are available for Chrome users on Windows. Today the company announced that, starting in January, all extensions to Chrome on the Windows platform must come from the Chrome Web Store.

In a post on the Chromium blog, Google says that while Chrome extensions have proven to be useful for its customers, it adds that some of them try to bypass the prompt that asks users if they want these programs to be installed. This situation causes Chrome to " ... silently install malicious extensions that override browser settings and alter the user experience in undesired ways ... " according to Google.

For those kinds of security reasons, Google has decided to force all Chrome extensions to be exclusively available on the Chrome Web Store. The blog states that any extensions that are available outside the store should be posted to Google's official service as soon as possible, adding, "There will be no impact to your users, who will still be able to use your extension as if nothing changed."

This announcement follows on the heels of Google announcing it was dropping support of Google Apps for Internet Explorer 9 users.

Source: Google via The Next Web | Image via Google