The processing package, which should start shipping in early 2018, is being created under Intel's direction, with AMD treating its Radeon core as a custom design for the new chip. Despite the power involved, the unified design is hoped to be easier on battery life than some current solutions.

In discussing the deal, Chris Walker, who is vice president of the Client Computing Group and general manager of the Mobile Client Platform at Intel, said:

At the heart of this new design is EMIB, a small intelligent bridge that allows heterogeneous silicon to quickly pass information in extremely close proximity. EMIB eliminates height impact as well as manufacturing and design complexities, enabling faster, more powerful and more efficient products in smaller sizes. This is the first consumer product that takes advantage of EMIB. 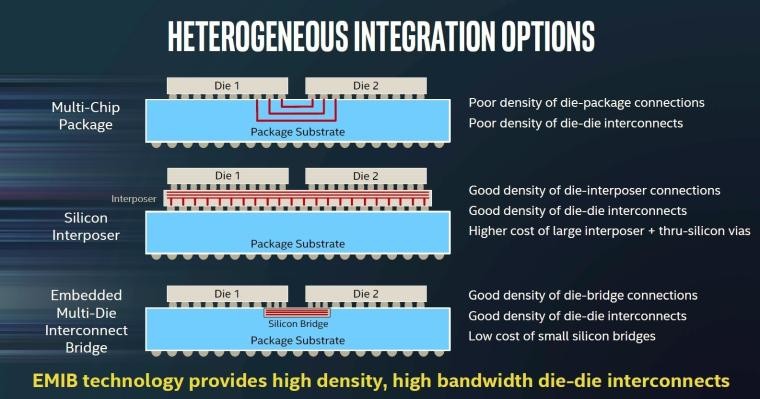 The Core-Radeon module that EMiB allowed takes up less than half the space of a traditional motherboard-chip combo. It also reportedly uses about half the memory power. "This solution is the first mobile PC to use HBM2, which consumes much less power and takes up less space compared to traditional discrete graphics-based designs using dedicated graphics memory, like GDDR5 memory," Walker said.

Drivers for the new hybrid will be created by Intel, although its engineers will be working closely with AMD to make sure "day one" drivers for the Radeon GPU work as expected.

Intel offered up a video to show how everything comes together.

The PC World story offers up many more behind-the-scenes and technical details for those intrigued by the unique project.