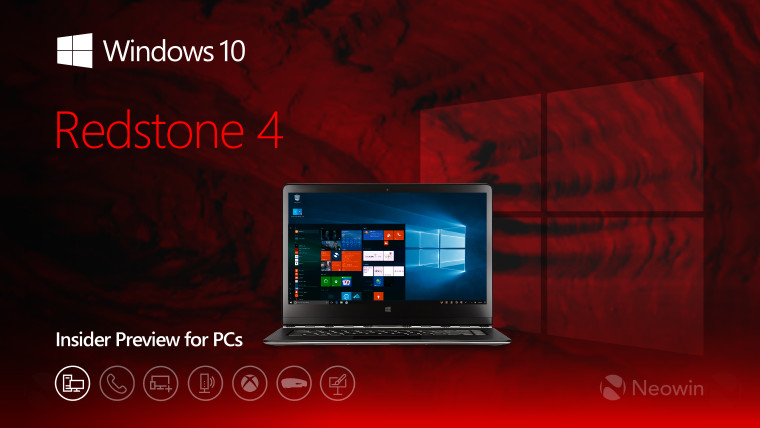 Today, Microsoft released Windows 10 for PCs build 17017 to the Fast ring, offering a few new features that focus on Cortana and Settings.

This is a preview of the next feature update to Windows, codenamed Redstone 4, which should arrive sometime around next March. It's the first one to be released to all Fast ring users, rather than those that chose the Skip Ahead option.

As always, there are a bunch of fixes, improvements, and known issues to be aware of. Most importantly though, you should be aware of the fact that this is your last chance to switch off of the Insider Program before next year. After you install this build, the only way you can go back to the Fall Creators Update is a clean install of build 16299.

Here's what got changed, improved, or fixed:

If you're on the Fast ring, you can get this build by heading over to Settings -> Update & security -> Windows Update -> Check for updates. If you're not, you can sign up by going to the Windows Insider Program tab and clicking 'Get started', since Redstone 4 previews are now open to everyone.