HMD Global has announced the latest members of its family of feature phones, or "dumb" phones, as they're sometimes called. The new phones are the Nokia 6300 4G and Nokia 8000 4G, and they share some similarities in terms of specs and features, including the same Snapdragon 210 chipset, 512MB of RAM, and 4GB of internal storage, which you can expand via microSD cards.

The Nokia 6300 4G naturally draws some inspiration from the original Nokia 6300 from 2007 in terms of design, but it's been modernized to be more suitable for the modern day. KaiOS can run some basic apps - including popular apps like WhatsApp - and it also supports the Google Assistant, so there are still some smarts. What's notable about it is that it's Nokia cheapest phone yet to offer that feature set, coming in at an average retail price of €49. 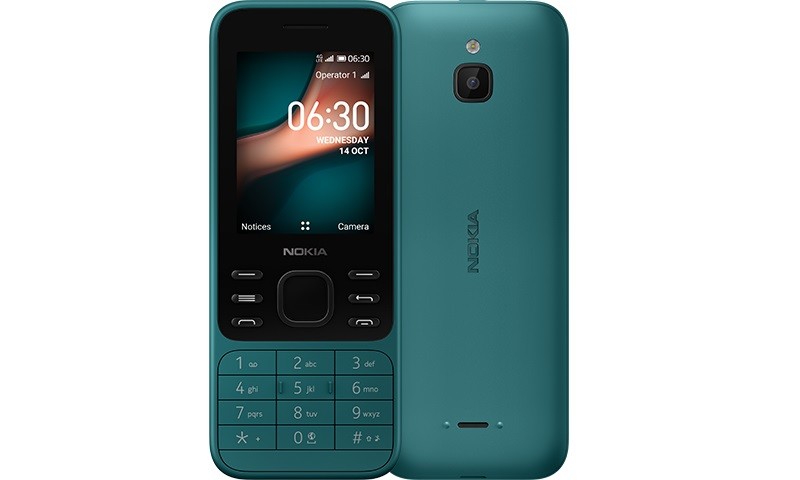 In addition to 4G, the phone supports Wi-Fi, Bluetooth, A-GPS, and it has an FM radio, which is enabled by connecting a headset with the 3.5mm jack. The display is a 2.4-inch QVGA panel, which isn't meant to wow anyone, and the camera is also the bare minimum, being a VGA sensor, but it does have a flash, which can be used with the camera or just as a flashlight. There's a 1,500mAh battery, which promises up to 27.9 days of standby time and 8.2 hours of talk time.

As mentioned above, the Nokia 8000 4G is very similar in terms of specs, and the biggest differences are in the design. It has a front panel that curves at the edges, including the number keys, and the back uses a "glass-like" material to make the phone feel more premium. It also comes in different colors that make better use of that design. 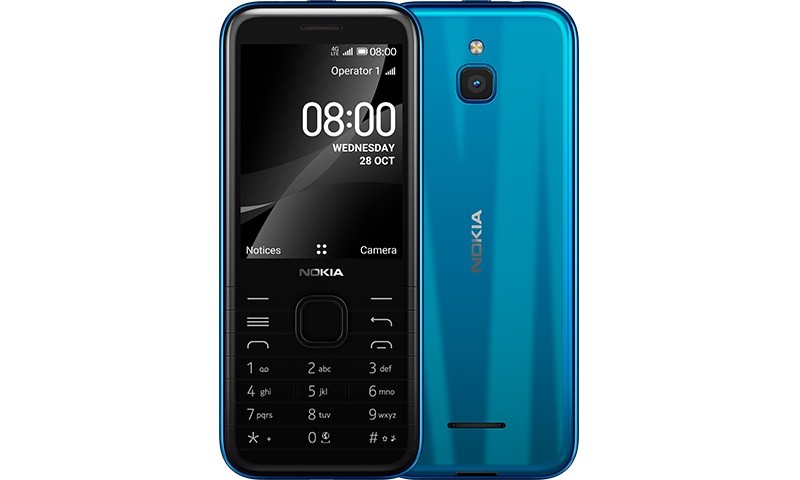 Specs-wise, the only differences are the display, which is 2.8 inches diagonally, and the rear camera, which is a 2MP sensor instead of a VGA one. Everything else is pretty much the same.