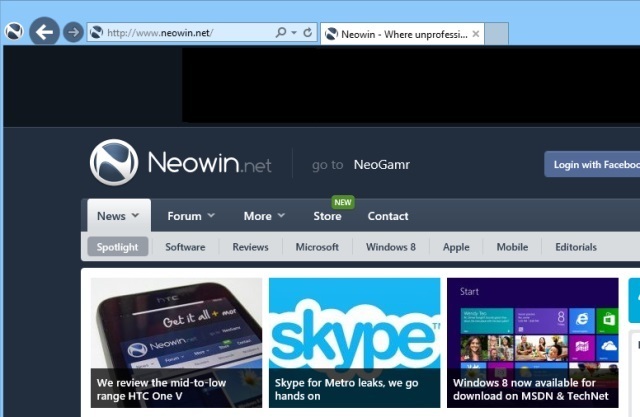 This post is intended to clear up some confusion we have seen on the web as well as in our forums/tip box.

When Windows 8 is launched to the general public on October 26th, Microsoft will offer both 32-bit and 64-bit versions of the OS. Both versions will also come with the "Modern" (previously Metro) user interface as well as the more traditional desktop UI.

We reached out to Microsoft for clarification and received this response from the company's Internet Explorer spokesperson:

So there you have it. If you have the 64-bit version of Windows 8 and want to run IE 10 in desktop mode, you will have to go through a couple of extra hoops in order to enable it.