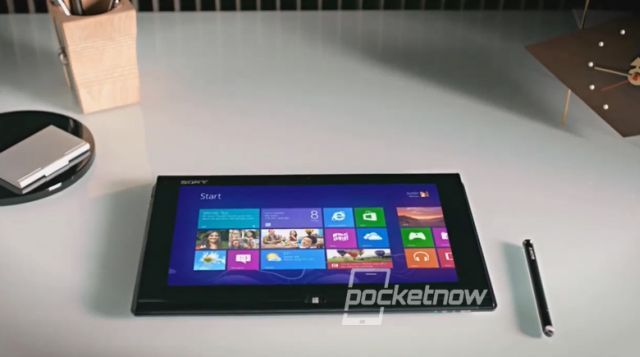 We have been predicting in the last few days that we should see a bunch of Windows 8-based hardware announcements very soon. Samsung should be taking the curtains off their Windows 8 notebook-tablet hybrid later this week and Lenovo is also teasing that it will offer details on their own convertible Windows 8 hardware product very soon.

Now it looks like Sony is about ready to offer details on its own Windows 8-based product. PocketNow.com reports that it has received images of the notebook-tablet combo that will soon debut from camp Sony and may be called the Duo 11.

Unfortunately, it looks like the images and the name are all we have right now. The article doesn't have any more information about the Vaio Duo 11's hardware specs, or if it is running on Windows 8 Pro or the ARM-based Windows RT. The images do suggest that this is a Pro device as you can see the desktop icon above.