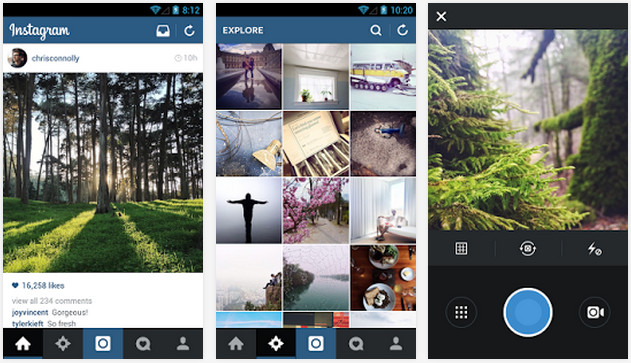 Instagram for Android has been updated with a new flat design similar to its Windows Phone and iOS counterparts.

Version 5.1 of the Instagram app has started rolling out on the Google Play Store with a flatter design and smaller app size footprint. This is the first major design overhaul for the app ever since it was launched on Google's smartphone platform in 2012.

The app has been optimized to load faster in addition to the compact size, making this a decent update for users who were tired of the previous look. Instagram for Windows Phone which features similar icons, still features the older colour scheme which has now been modified in the Android version. Other than the visual changes, there doesn't seem to be any feature updates, such as the Lux Slider introduced in the latest iOS version of Instagram.

Interested users can grab the update from the Google Play Store here.