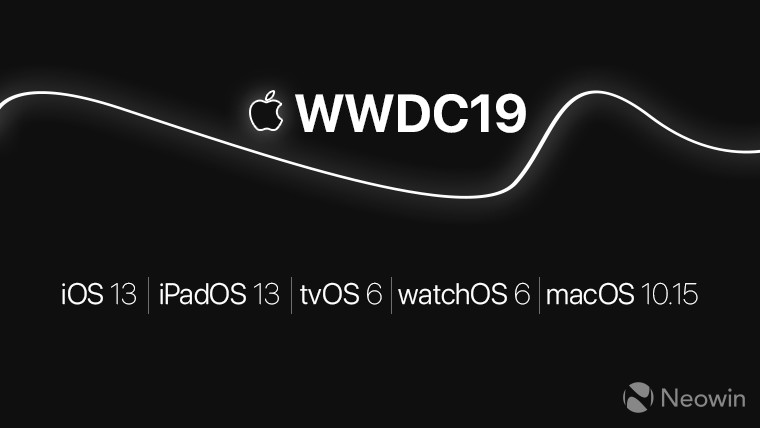 Apple held its WWDC 2019 keynote today, where it announced all of its next major OS updates. That includes iOS 13, a rebranded version of iOS for iPads called iPadOS 13, watchOS 6, tvOS 13, and macOS 10.15 Catalina. As usual, the company released the first developer betas after the keynote.

First of all, these are early developer betas that come with their own warnings. They will not be stable. Apple even added the following note to its iOS and iPadOS betas.

Important Note for Thrill Seekers: If you’re interested in living on the edge and trying out the great new features in iOS 13, we strongly advise waiting for the many bug fixes and refinements coming to the public beta later this month.

Got that and still ready to move forward? Read on.

For iOS 13 and iPadOS 13, Apple doesn't seem to be offering configuration profiles this time around. This is probably because people tend to pass these profiles around to install the beta software on their device. Naturally, you're supposed to have a paid Apple Developer account to do this, so only offering restore images seems like a way to tighten down on that.

Here's how you can install it:

Update: This page has been updated to reflect that you must be on the macOS 10.15 beta to install iOS 13.

Installing a macOS beta is super easy. Just go to Apple Developer -> Develop -> Downloads, and download the configuration file. Run it, and you'll receive the OTA update as you normally would.

watchOS betas are another area where warnings are necessary. There's a reason why it's the only OS that Apple doesn't offer a public beta for. It's because there's no way to roll back without taking your Apple Watch to an Apple Store. If you're OK with that, the process is pretty simple.

tvOS betas are usually pretty stable, mainly because there usually isn't much that's new. There's a bit more this year though, with multi-user account support and support for gaming controllers. Apple TV beta software installation is a bit more tricky, since there's no browser to download the configuration profile. You'll need a Mac for this one.

Note that if you have issues making the network connection, you can always just plug the Apple TV into your Mac with the USB Type-C connection. If neither of this works, Apple does make recovery images available for the fourth-generation Apple TV, although not the Apple TV 4K.

It's also worth noting that Apple will have public betas available for everything except watchOS in July, so you might want to hold off for that.